SPCA investigating case of cats being locked up in small cages at Mei Ling St: "It is unacceptable" 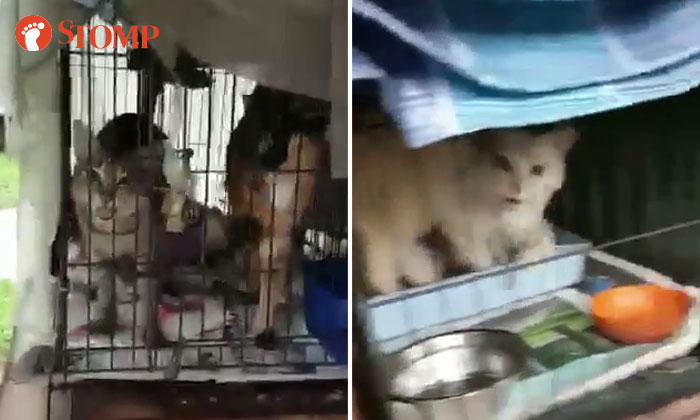 The Society for the Prevention of Cruelty to Animals (SPCA) Singapore told Stomp that it is investigating a case of cat abuse at Block 151 Mei Ling Street.

Stomp was first alerted to the case by Stomper Emmanuel who shared videos of cats locked up in small cages at the said location.

According to the Stomper, this has been happening for several years.

"They are locked up for 24 hours, it is very pitiful," she said. "They are cats, not chickens".

The cats are kept in cages no bigger than those meant to keep smaller animals like hamsters, guinea pigs or rabbits.

Some cages even house two cats inside.

Emmanuel, who is an avid cat lover and often visits the area to feed cats, said that others in the community told her a woman is responsible for locking up the animals.

"I just hope that the cats can be released or adopted," she said.

"Anything is better than the condition they are trapped in right now."

"The SPCA is aware of this case and we are currently investigating.

"It is unacceptable to house cats in this manner.

"Also, restricting an animal’s movement like this violates the Code of Animal Welfare (for Pet Owners)."