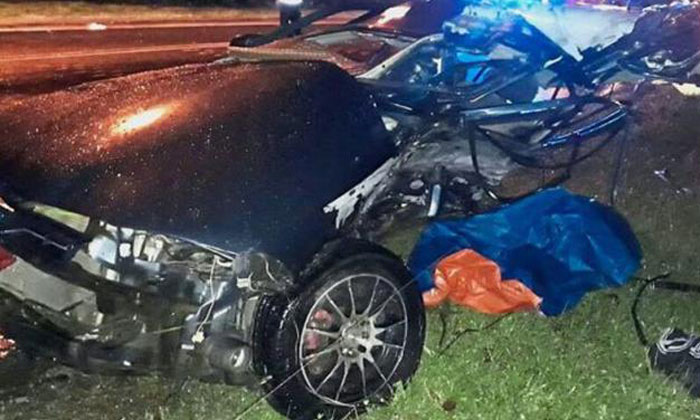 A soon-to-wed couple were killed in an accident after their car swayed into the opposite lane and crashed into an oncoming vehicle.

He said the couple were travelling in a Proton Wira driven by Nur Ashikin from Dungun town to Paka at about 2am when their car lost control at a curve at the 88th kilometre of Jalan Kuala Terengganu-Kemaman.

The car collided with another car driven by Wan Mohd Shazrul Azri Wan Omar, 26, who was on his way home to Merchang, Marang.

The crash left Nur Ashikin trapped and pinned to the driver's seat while Che Sukiman was found some 3m away from the vehicle.

Supt Ahmad Zailani added that a team from the Dungun Fire and Rescue Service Department rushed to the scene and removed Nur Ashikin's body from the car.

The couple's bodies were sent to the Kemaman Hospital for a post-mortem while Wan Mohd Shazrul, who was in critical condition, was rushed to the same hospital for treatment before being transferred to the Sultanah Nur Zahirah Hospital in Kuala Terengganu.

The case is being investigated under Section 41 (1) of the Road Transport Act 1987.