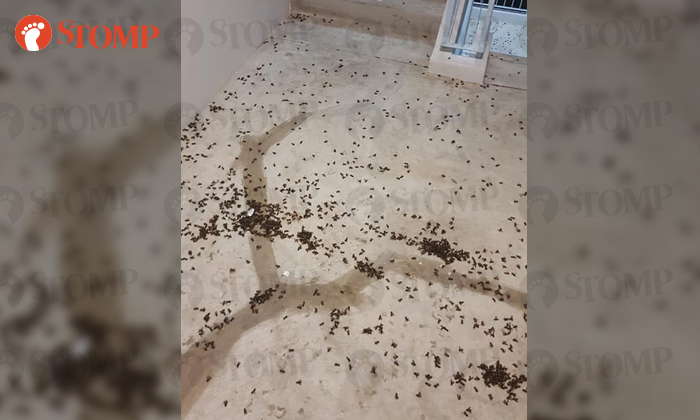 Stomper Danial was surprised to see a bunch of dead bees scattered at the staircase landing of Block 459 Yishun Avenue 11 on Saturday night (July 14).

Daniel, who shared photos of the unusual sight, said he is a resident at Block 436.

He believes that the bees came from a tree located in between Blocks 436 and 459, which are opposite each other.

However, it is unclear how they ended up dead on the staircase landing.

Danial told Stomp: "I went out for supper with my family and when I reached home at around 11.40pm, I saw a lot of dead bees at my corridor.

"All of them were already dead.

"Pest control (I'm not sure from where) subsequently cleared up the dead bees."