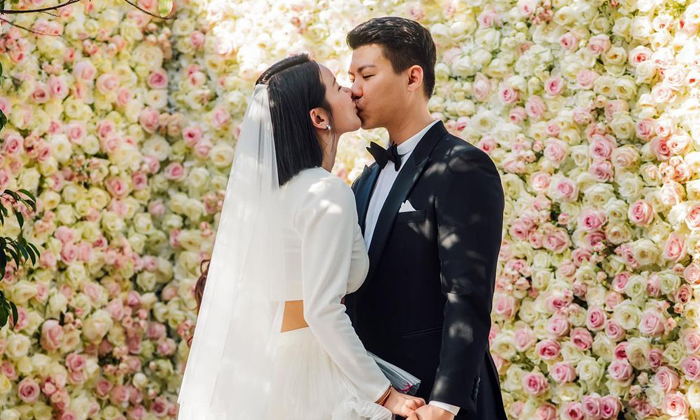 Among them were socialite Kim Lim and her fiance, who held their solemnisation ceremony at the rooftop of her home on Tuesday (Feb 22). The place was decked out in a sea of flowers, including a giant wall of roses.

The ceremony came after the "guo da li" betrothal ritual last week, in which Lim received gifts worth an estimated $2 million from her fiance, known only as LL.

During the tea ceremony, the 30-year-old bride wept when her father gave a hongbao (red packet) after drinking a cup of tea offered by his son-in-law.

It contained a $10,000 banknote, which Singapore has stopped issuing in 2014, and a handwritten note by Mr Lim.

"Dear Hwee & Leslie, this special note has followed pa for a very long time and overcame many difficult years. Treasure it. All the best wishes for the future," he wrote. 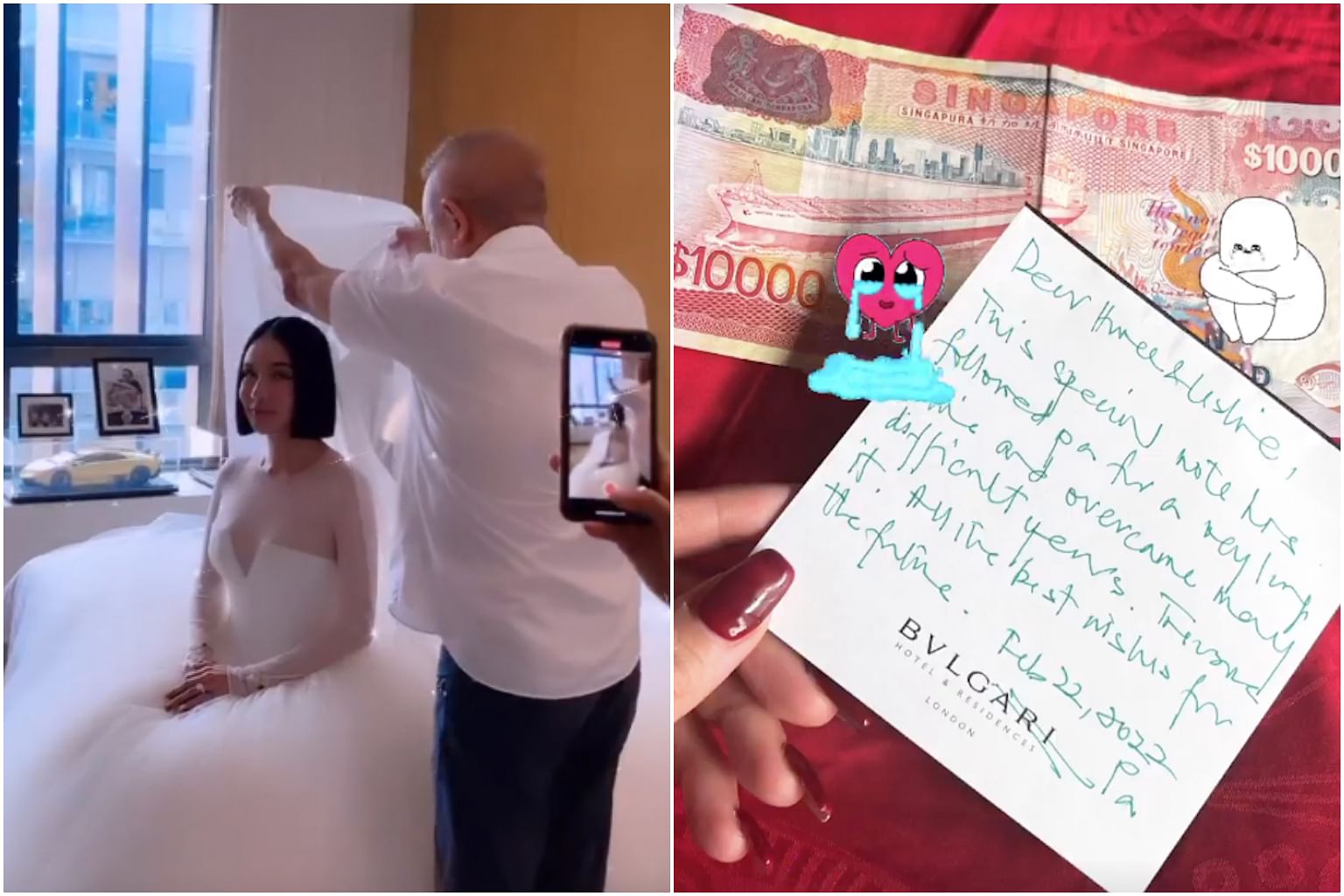 Kim Lim's Chinese name is Huili, while this was likely the first time her fiance's name was revealed.

In a previous interview with Icon, she described Mr Lim as "a strict father who doesn't talk much, but always silently supports his children with his actions".

After the tea ceremony, the couple changed into their wedding costumes.

Present at the ceremony were family members and good friends including businesswoman Angela Ng, who was reportedly the "matchmaker", and influencer Wendy Cheng, better known as Xiaxue.

According to Icon, the newlyweds donated 100 bags of rice to the Animal Lovers League charity to celebrate their big day.

The flowers used in the solemnisation ceremony were also repackaged and given to the elderly at Lee Ah Mooi Old Age Home. Items such as canned and dry food from the Guo Da Li were donated to different charity organisations too.

The couple got engaged in September 2021, but little is known about the groom.

He is said to be 33 years old and a self-made man in the IT industry. They have reportedly known each other for a few years and have many mutual friends.

Kim Lim divorced ex-husband Kho Bin Kai in 2020 after more than three years of marriage and has a son, Kyden, four.

She runs a number of beauty-related companies, including Illumia Therapeutics.