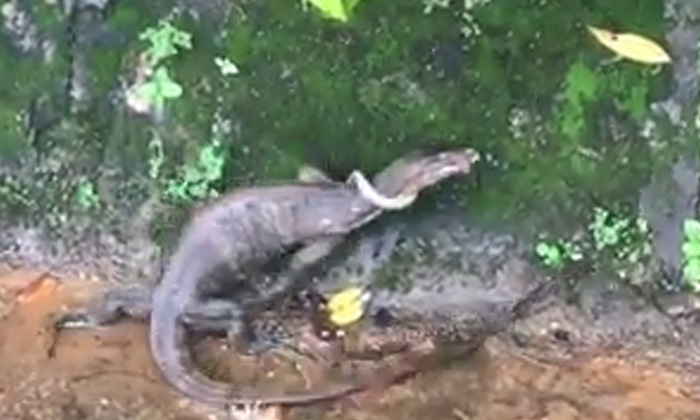 A monitor lizard was spotted catching a snake in a drain at Cluny Park Road.

A video, showing the animal in action, was uploaded on Facebook page Nature Society Singapore by user Poon Wai Yuen Jeanette on Oct 14 at around 5.50pm.

In the video, the monitor lizard is seen with a snake in its mouth.

The snake wriggled itself around the monitor lizard's neck and body, but it did little to faze its predator.

The minitor lizard then crawled out of the drain and into the vegetation.

"This is my first time seeing a monitor lizard catching a snake!" said Jeanette in the caption occupying the post.

However, some netizens have pointed out that the snake looked more like an eel instead.

User Myron Tay added: "Yup, thought the same thing when I saw it."

"Got himself an unagi meal," Nicholas replied.

Stomp had reached out to Jeanette on Oct 15 for more information.