SMU student who molested woman in classroom and stimulated himself gets jail, caning 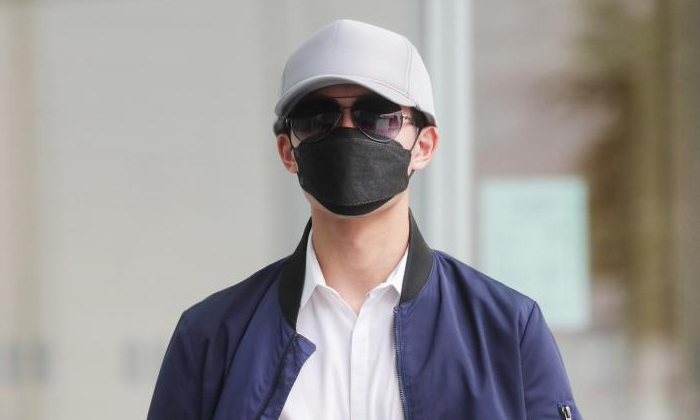 A Singapore Management University (SMU) student was on Monday (Oct 25) sentenced to 10 months' jail and ordered to be given three strokes of the cane for molesting a woman on campus in 2019.

The incident occurred when the two met for a study session in a classroom at around 1am on Jan 8 that year. Lee Yan Ru, now 25, had got to know the victim on social media platform Instagram about one month before.

Before handing down the sentence on Monday, District Judge Sharmila Sripathy-Shanaz said that the degree of sexual exploitation in this case was high.

She also said that Lee’s touch on the victim was “more than fleeting”.

On Aug 31, the judge found Lee guilty of one count of molestation following a trial.

The victim, who was then studying at another university, cannot be named due to a gag order to protect her identity.

She was 20 years old when the Singaporean man molested her.

During the trial that started in September last year, the court heard that she got to know Lee on Instagram around December 2018 and that they had mutual friends.

On Jan 8, 2019, she met Lee outside SMU's School of Economics and Social Sciences at around 1am and they went into a classroom.

The woman testified that while they were in the room, Lee committed acts such as placing his foot on her thigh several times.

She also told the court that Lee groped her at around 4am and she prised his fingers off.

When Deputy Public Prosecutor Andre Chong asked her during the trial why she did not leave, she replied: "I did not want to leave a bad impression or make him feel bad. I didn't want to make things hostile."

Lee then stimulated himself about two hours later while he was kneeling over the woman, who was asleep. She alerted the police at around 6.30am.

The woman told the court that after committing the offence, Lee took out some tissue paper to wipe her.

Lee, who took the stand earlier this year, testified that he had assumed the acts were consensual.

Delivering her verdict in August, the judge noted that Lee did not deny committing the sexual act on the victim.

Instead, he had claimed that the victim was "fine" with his advances and that she had been "coy" with him.

Judge Sharmila, however, noted that the woman was asleep when Lee started performing the sexual act on her. As such, she was in no position to consent to it.

The judge also found that the woman had been truthful in court, and added that Lee "was fully aware (the victim) wanted him to desist".

On Monday, the court heard that Lee intends to appeal against his conviction and sentence. He was offered bail of $20,000.

For molestation, an offender can be jailed for up to two years and fined or caned.