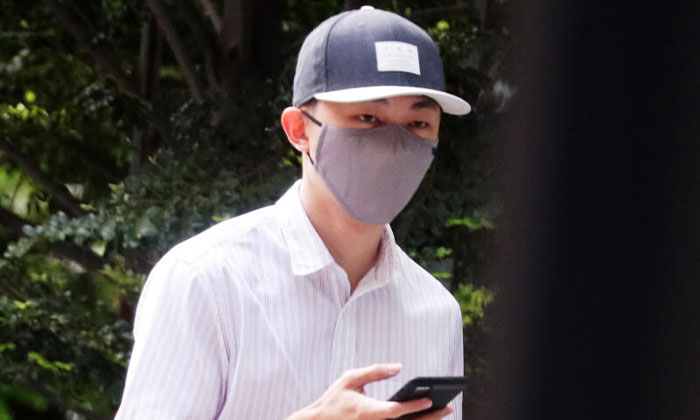 Between May and September 2019, a Singapore Management University student took 19 upskirt videos of women on escalators, on an MRT train, and in a shop.

Tien Kiat Chong, now 25, would feel an urge to follow women in dresses and skirts and take such videos of them using his mobile phone.

He was found out only after a witness caught him in the act on an escalator at Sengkang MRT station.

On Tuesday (March 29), Tien pleaded guilty to a single charge of insulting women's modesty on 19 occasions. The women in the videos could not be identified.

Another charge of possessing 37 obscene films on his mobile phone will be taken into consideration for his sentencing.

A spokesman for SMU told The Straits Times that Tien remains its student but is on a leave of absence.

“The university takes a strong stand against any form of misconduct. Students who breach SMU’s Code of Student Conduct face a range of sanctions, including suspension and expulsion,” the spokesman added.

The court heard that at about 7.15pm on Sept 4, 2019, Tien was on an escalator travelling upwards at Sengkang MRT station when he saw a woman wearing a denim skirt in front of him.

He placed his left foot on the step above, just below where the victim was standing, and placed his phone with its camera facing up on his left knee near her to try to take an upskirt video.

A witness saw him and alerted the station staff. When confronted, Tien denied trying to take an upskirt video of the victim.

When the station staff asked to check his phone, Tien went through the phone for a while before handing it over.

The station staff and the witness looked through the phone and found a video of a woman taken while Tien was behind her on an escalator.

Just before they handed him to police officers patrolling the area, Tien repeatedly said he was very sorry and asked them if they could forget about what happened, adding that he was still studying.

In his statement to the police that evening, Tien again denied taking any upskirt videos. He claimed he had wanted to record a video of the woman's face but only managed to get her "back view".

The police later seized his phone and found 19 upskirt videos, taken between May 28 and Sept 4, 2019, that captured the undergarments, buttocks and inner or upper thighs of various women.

Tien only admitted to taking videos of the women on June 30, 2020, when he provided another statement to the police.

He is scheduled to be back in court for sentencing on June 1.