SMU molestation trial: Accused says 'only both of us know how we were getting more intimate' 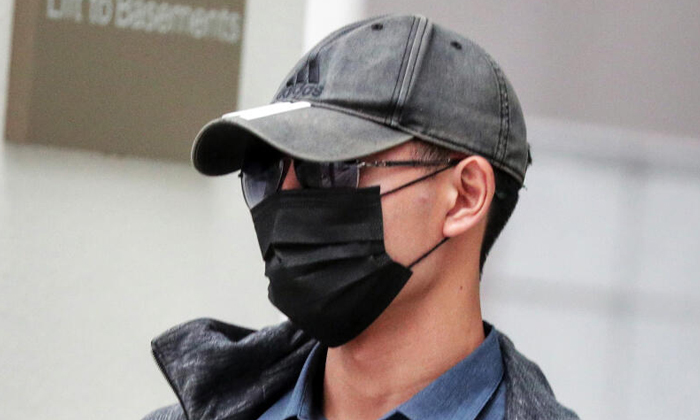 In the ongoing trial of a Singapore Management University (SMU) student, he repeatedly said he had the consent of his alleged victim, even though he did not ask her for it prior to any of the advances he made on her during their overnight study session.

In cross-examining Lee Yan Ru, 24, on Tuesday (April 6), Deputy Public Prosecutor Andre Chong argued that Lee did not obtain her consent and that the 22-year-old woman moved away from him and took his hands off her when he touched her breasts, sat on her lap and tried to kiss her.

With the woman sitting in the public gallery, Lee, who is alleged to have outraged her modesty by rubbing his private parts on her chest in an SMU study room, said: "Throughout the whole time, I thought it was mutual (and) there was consent between both parties."

He repeatedly attributed this to the "mood and environment" between them during the early hours of Jan 8, 2019.

The alleged victim, who attends another university, cannot be named owing to a gag order.

The DPP began his cross-examination by asking Lee what consent meant to him. "If I wanted to do something to you, but I didn't get your consent, does it mean that it's your job to say no?"

Lee responded: "Yes, it would be my job to say no."

When asked if he thought the only way to be certain someone consents is to ask the person, Lee said it depended on the place, environment and setting.

The DPP also argued that several statements made by Lee in his evidence on Monday were fabricated, since they were not put to the alleged victim when she was being cross-examined or they were missing from his original police statement.

These statements include that the woman had said she trusted Lee while she changed in the room, that she had placed his feet on her thighs, and that he had asked her what would happen if he tickled her.

Lee denied that the statements were fabricated and maintained they were true.

The court heard on Monday that the alleged victim had said "stop" to Lee as he knelt over her, but he did not think she meant it because of her "jest(ing) tone".

DPP Chong argued that she had just woken up and would have been disoriented and unable to consent.

"When she finally came to her senses, she said 'stop'," said the prosecutor.

DPP Chong asked Lee to mimic the way she had said "stop", but Lee said: "There is no way I can replicate that tone because... I am not her and I am not in that environment now."

When asked what she could have said to get him to stop, Lee said: "If she shouted stop, or (since) her hands were free (and) she pushed me hard... It's just at that point in time, her stop didn't mean stop."

DPP Chong said: "The truth is, Mr Lee, that there is nothing (she) could have said to get you to stop."

District Judge Sharmila Sripathy-Shanaz is expected to give her verdict on July 27.

If convicted of outraging the woman's modesty, Lee can be jailed for up to two years, fined, caned, or given any combination of these penalties.

Related Stories
SMU molestation trial: Accused says victim was coy and didn't really mean 'stop' when she told him to
SMU molestation trial: Alleged victim said she had stress disorder, has broken up with BF
SMU student allegedly molested and stimulated himself on sleeping woman after they watched Netflix under a table
More About:
SMU
molest
court