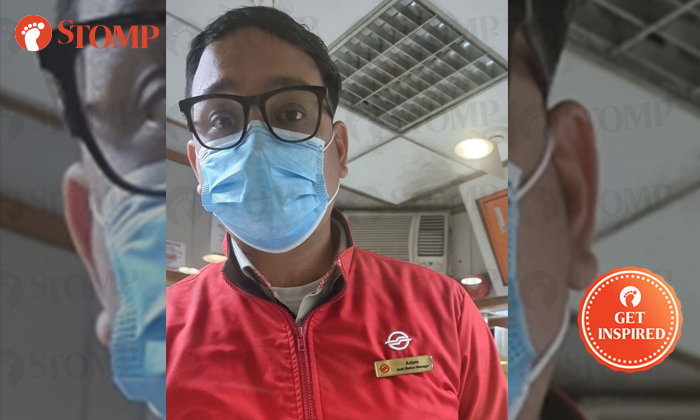 A man was frantic after accidentally leaving his backpack on a bus, but an SMRT employee spared no effort in helping him to reunite with his belongings.

He recounted: "I was careless when getting off the bus and left my backpack on the seat. When entering the mall, I suddenly realised that my backpack was not with me.

"As I did not note the licence plate of the bus, I was wondering how to contact the bus company. I thought of Tiong Bahru MRT station, which was just nearby, and rushed over to the information desk.

"I met Mr Adam there and explained what happened. After he understood the situation, he helped me to call the SBS Transit's lost and found hotline."

The pair had to make multiple calls to different parties and eventually called Marina Centre Bus Terminal, as it was bus service 195's final stop.

Anonymous said: "They told Mr Adam that the bus had yet to arrive and to wait another 15 minutes before they would get in touch again."

The Stomper was subsequently reunited with his backpack.

He said: "I am grateful to Mr Adam for sparing no effort to help him. He is very professional and I am full of admiration for him."