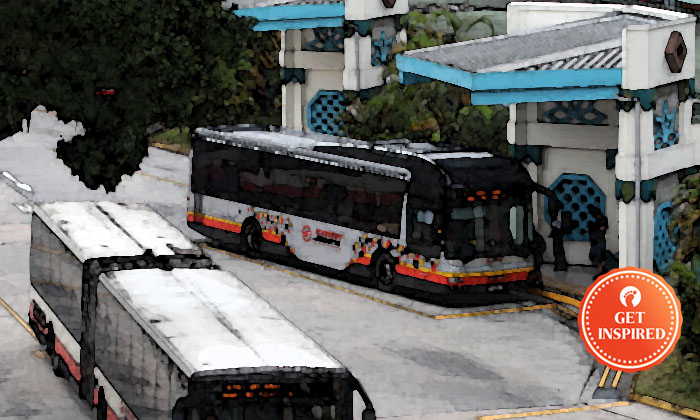 Stomper Susan and her husband were celebrating their fifth wedding anniversary in Singapore,  when they met a friendly train staff member who offered to guide them to Choa Chu Kang Bus Terminal.

It was the first time the pair of tourists was taking the public transport in Singapore, and they were unsure about getting around.

On that Monday (Oct 8), they were headed to the Singapore Zoo and had boarded a train from Chinatown MRT station along the Downtown line.

Susan said: "We were at a total loss on where to go, but we were approached by a friendly and bubbly train staff member in the train.

"He gave us a better idea of how to go to the zoo."

Susan said that despite his instructions, they still did not understand how to get to their destination.

The staff member realised this and offered to lead them to Choa Chu Kang Bus Interchange, where they would have to take a bus.

"He had actually just ended his shift, but still offered to help us. He even suggested other places of interest in Singapore we could go to.

"He told us it was his responsibility to ensure that we arrived safely to our destination," Susan added.

The staff member brought the couple to the bus interchange and explained to them which bus to take and how they would get there in detail.

According to Susan, she offered him a tip to thank him for his time and help, but he declined it.

He told them that he was passionate about serving them and did not require any compensation.

Susan told Stomp: "I hope his good service will not go unnoticed and I would like to thank him once again for giving my husband and I happy memories in Singapore.

"Thank you for the time you sacrificed even though you just completed your shift at work."

Susan also said that she wanted to take a picture with him as a memento, but forgot due to being engrossed in the conversation the three of them were having.