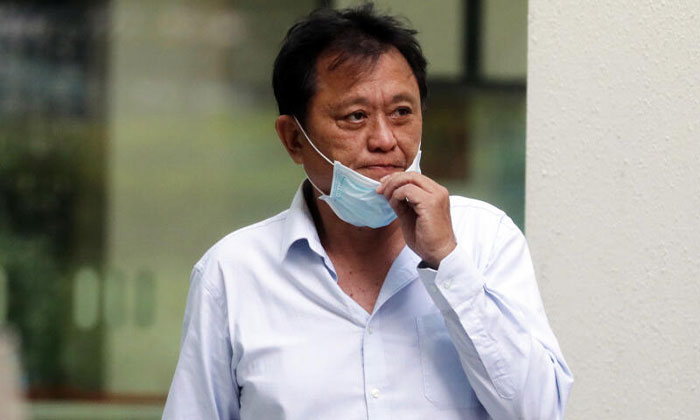 A 61-year-old slingshot hobbyist, who practised shooting metal ball bearings at plastic bottles at a multi-storey carpark in Hougang, missed his targets and broke at least two glass windows of nearby flat units. This sent glass shards flying into the flats.

On Tuesday (April 5), Chan Fan Kheow pleaded guilty to one count of acting rashly as to endanger the personal safety of others.

Another count of possessing an offensive weapon will be taken into consideration for his sentencing on April 13.

The court heard that Chan picked up the hobby of using slingshots after seeing listings of the device online.

He bought seven slingshots, as well as several packs of metal ball bearings and pellets, from e-commerce site Taobao between November 2019 and January 2020.

Chan started off shooting at makeshift target boards in his flat, but soon advanced to practising on the rooftop of a carpark at Block 933 Hougang Avenue 9.

He routinely placed several plastic bottles on the ground and on the ledge of the rooftop and shot at them, often in the direction of Block 923.

Deputy Public Prosecutor Niranjan Ranjakunalan told the court: "As the accused was not very skilled with using slingshots, there were instances where he missed the plastic bottles altogether."

On Dec 25, 2019, a metal ball bearing hit a living room window of a unit at Block 923 with such force that the glass panel cracked and was punctured with a small hole.

The unit's resident later noticed a glass shard in the living room and found a hole in the window. He lodged a police report.

A similar occurrence took place on Jan 12, 2020, where a ball bearing hit a bedroom window of a unit in the same block.

The impact left a hole the size of a five-cent coin in the glass.

The unit's occupant noticed glass fragments near the window and lodged a police report that day.

The damage to both windows cost $310 to repair, which Chan has made full restitution for.

On Jan 13, 2020, the police inspected the vicinity of Block 923 and found nine metal ball bearings.

Police camera footage from housing blocks in the area showed Chan taking a slingshot out of his pocket while waiting for a lift and he was arrested on Jan 16, 2020.

The maximum penalty for committing a rash act as to endanger the personal safety of others is a six-month jail term and a $2,500 fine.