SingPost Centre death: How the elderly man could have ended up in the stairwell 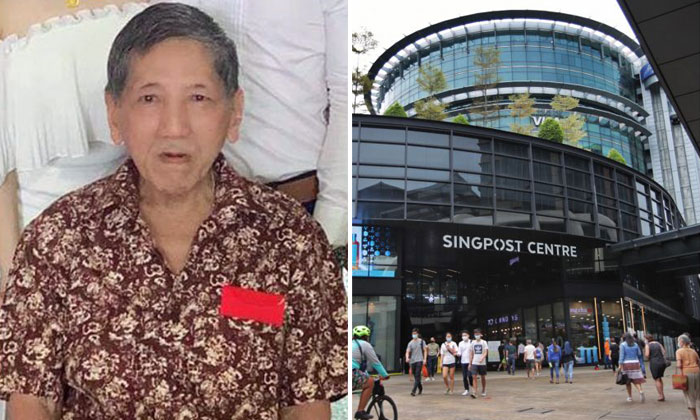 After an elderly man was reported missing by his family last Saturday (Aug 28), three days passed before his body was found in a stairwell in SingPost Centre, a mall in Paya Lebar.

The police are still investigating into the matter.

Questions abound over what could have happened, including when he entered the stairwell, how he could have got in there, and why no one saw him.

His family called his mobile phone repeatedly. He finally picked up the call on Saturday morning. He told his daughter he was at SingPost Centre and that his legs were tired.

The family, who said Mr Soh did not have dementia, searched the mall, which is about 1km from their home. They could not find him, and made a police report.

Mr Soh's body was found on Tuesday afternoon in the stairwell of the South Lobby of Basement 3, which is adjacent to a carpark that is not in use.

Visitors to the mall and staff who work in shops there said the Basement 3 carpark has been closed for more than a year.

A supervisor at the Twelve Cupcakes outlet said on Thursday that cleaners often stay past 10pm and would have spotted anyone in the mall. The cupcake shop is in Basement 1 and about 30m from the South Lobby stairwell.

The supervisor, who wished to be known only as Ms Pineda, 40, added: "I don't think anyone goes to Basement 3, and I never see people take the stairs."

Cleaners and security guards at the mall declined to speak about the matter. 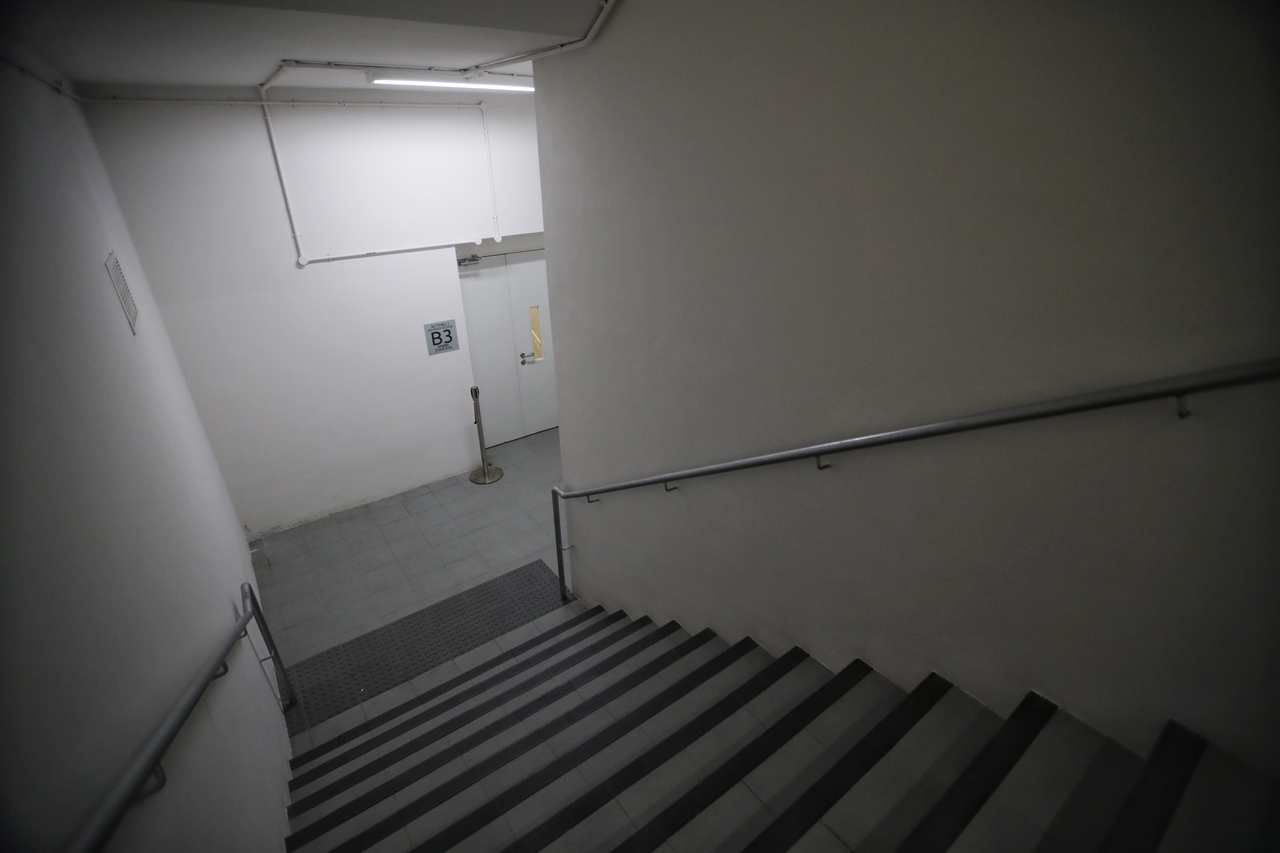 Mr Soh Eng Thong's body was found in the stairwell of the South Lobby of Basement 3, which is adjacent to a carpark that is not in use. ST PHOTO: GIN TAY

On Thursday afternoon, lift access to Basement 3 had been sealed off and barriers were put up in the carpark to prevent drivers from accessing it.

The South Lobby stairwell is also accessible through an obscure door at the side of the mall on the first floor, facing MRT tracks. The mall is next to the Paya Lebar MRT station. 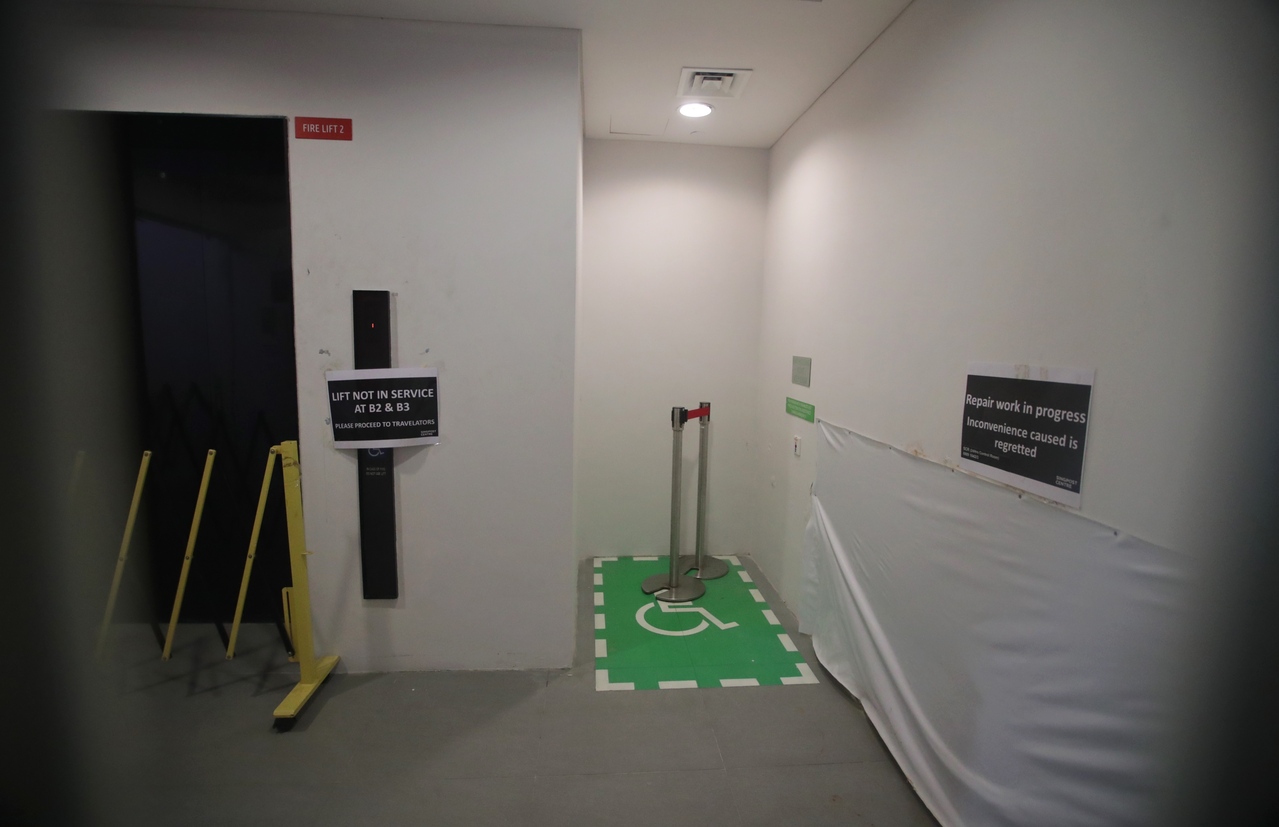 The lift access to Basement 3 of the South Lobby had been sealed off when The Straits Times visited on Thursday afternoon. ST PHOTO: GIN TAY 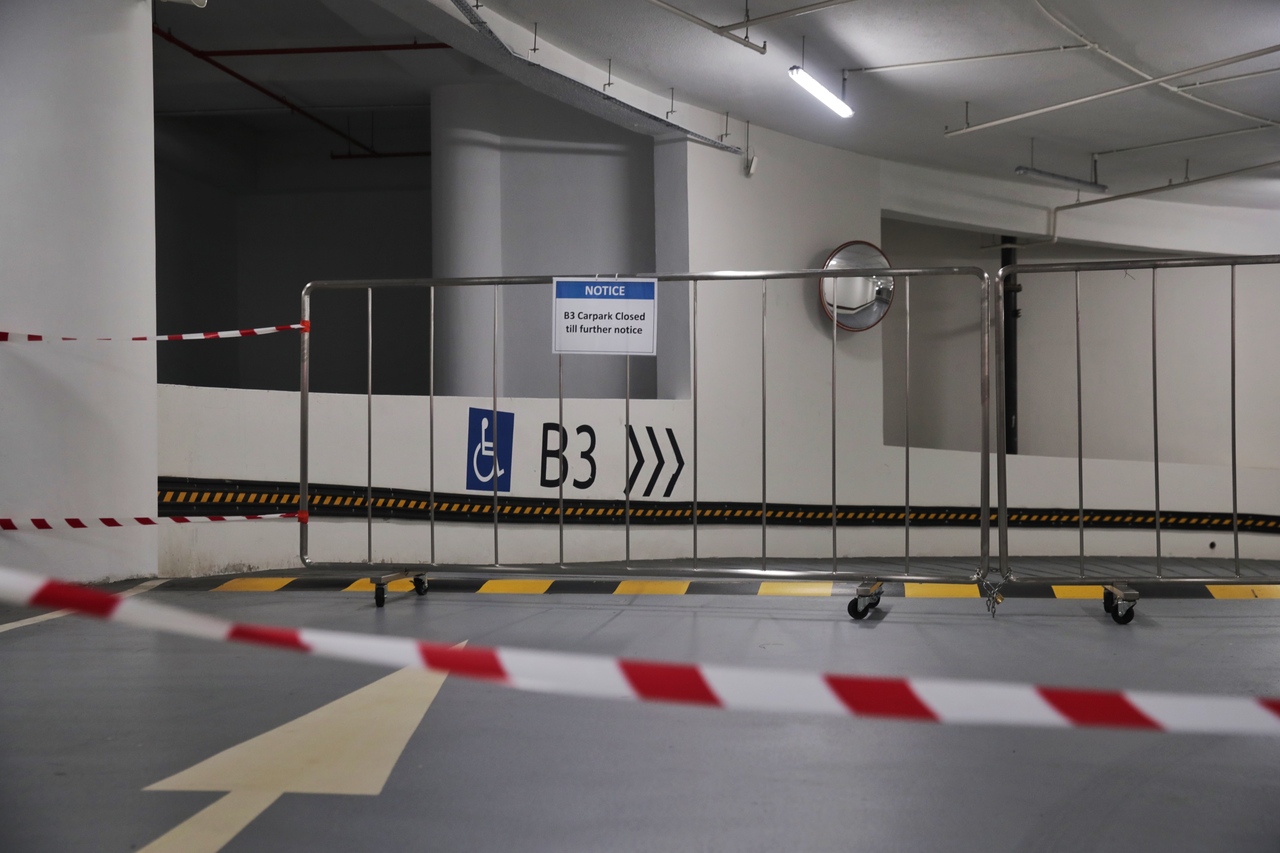 ​​​​​​​Barriers were put up in the Basement 3 carpark to prevent drivers from accessing the floor when The Straits Times visited on Thursday afternoon. ST PHOTO: GIN TAY

The police said they were alerted to a body at 3.15pm on Tuesday. They found Mr Soh lying motionless and he was pronounced dead by a paramedic. Preliminary investigations do not suggest foul play.

A spokesman for SingPost expressed its condolences to Mr Soh's family and said that it is assisting with investigations. 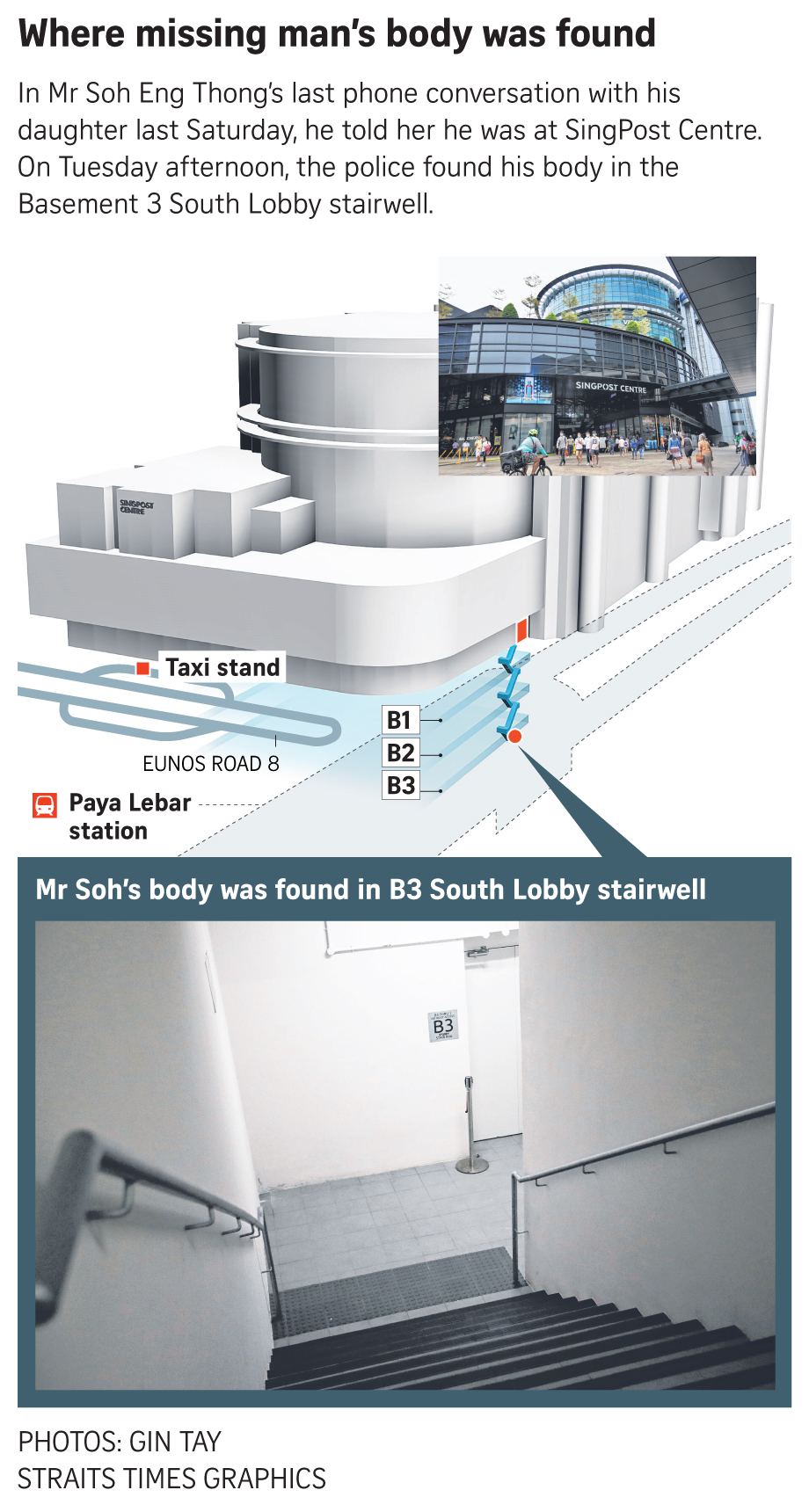 Mr Soh's son, Mr David Soh, 39, who works in sales, told The Straits Times: "Our burning question is how did he even walk there and when."

He added that when his father's body was found, his belongings were neatly laid out. "It's usual for him. At home, he also places his things very neatly so it's easier to find," said Mr David Soh.

"They said they found him lying down... Like he took a nap."