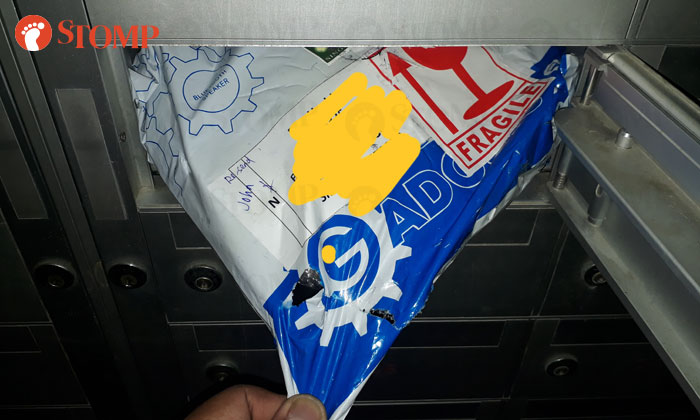 SingPost has apologised to a Stomper for their delay in rendering assistance to him after he was unable to retrieve his parcel from the mailbox.

Stomper Roy informed Stomp that he had found a parcel he was expecting inside his mailbox at Block 372 Bukit Batok Street 31 on Apr 9.

He was unable to take it out of the mailbox due to its size.

He said he had immediately contacted SingPost regarding the issue but had to wait two days for someone to remove the parcel from the mailbox on Apr 11.

In response to a Stomp media query, a SingPost spokesman issued the following statement:

"SingPost would like to sincerely apologise to the contributor for his experience.

"We have conducted an investigation, and the postman responsible for this mistake has undergone counselling and extra coaching.

"We regret the delay in rendering assistance to the contributor, and once again, apologise for the inconvenience caused."