Single mum of 5 left with $0 after purse with $1,690 allegedly gets stolen at Punggol playground 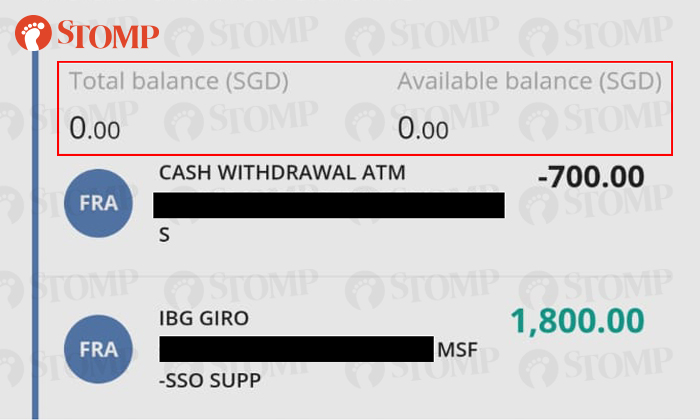 A woman has been left penniless after her purse was allegedly stolen at a playground in Punggol Central last Friday (Aug 5). Police are investigating the matter.

Stomper Nora (not her real name) said her purse was stolen by a teenager at a playground between 4pm and 5pm. The purse, which is pink with a brown button, contained $1,690.

Nora, a 27-year-old single mother of five kids, recounted: "I had gone to the playground near my house at Punggol Central to let my children have their fun time after school.

"As usual, I brought my purse and phone down. At this point of time, I could remember clearly that my purse was still in my stroller bag, which was hung to the stroller.

"Suddenly came a boy who looked like a secondary school student around the age 13 to 15. He asked me for directions to Punggol Bus Interchange.

"After about almost 10 minutes of the route to the boy, I continued to look after my children. After some time, I called it a day and wanted to bring my children for ice cream before heading home.

"While walking to the supermarket, it was then when I realised my purse was missing. I could remember clearly that I had brought it out with me. I went back to the same path more than eight times but could not find it. My purse is too big for me not to notice if I had dropped it.

"Only now then did I realise that the boy had been distracting me and somehow forcing me to look away from my belongings on the stroller. Luckily, my phone was still in my hand."

Nora, whose five kids are aged between two and 11 years old, is currently on financial assistance. She explained that she is currently unemployed due to having to care for an infant with separation anxiety.

The Stomper has lodged a police report.

She added: "What saddens me most is that the money stolen was what I got from the Social Service Office (SSO)'s financial assistance.

"That amount was the only income I had to sustain my family's monthly expenses. I am now left with $0 in my bank.

Nora shared photos, screenshots and copies of the following with Stomp:

She is appealing for help in looking for the boy, whom she describes as a Chinese male with short and straight black hair. He spoke English and looked to be around 13 to 15 years old. The boy was wearing a white tee with blue shorts, blue running shoes and carrying a black Adidas backpack at the time of the incident.

Nora told Stomp: "That day, I sat down in front of my house door and cried my heart out while thinking back about the high possibility that the boy had stolen my purse. I remembered how he ran off quickly when I was about done (giving him directions).

"Unfortunately, I do not have a picture of my purse

"Please help me to keep a lookout for the boy. I really hope the culprit will be caught."

Requesting for anonymity, Nora further emphasised that she is not looking for sympathy and just wants the culprit to be found.