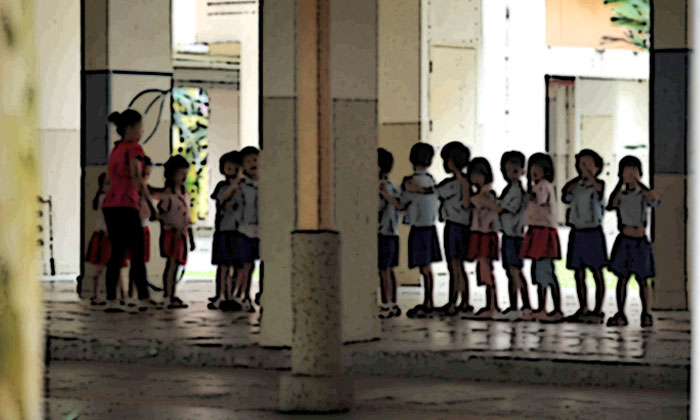 The Early Childhood Development Agency (ECDA) has responded to the sudden closure of a childcare centre after its owner was sued for alleged fraud and later convicted for contempt of court.

Stomper Michelle had earlier alerted Stomp to a Facebook post made by a parent of an affected child expressing concern over what had happened.

In the lengthy post published on the Sep 17, the parent said that she was a single mother who had placed her 18-month-old child in a childcare centre located in MacPherson. The child had been going to the centre for one month.

The mother was informed by the centre's principal on Sep 12 that its owner had been sued for alleged fraud.

According to The Straits Times, the centre's owner was sued for $9.5 million by three businessmen from China.

She then sold off a stake in her kindergarten business, despite a court order to freeze her assets pending the outcome of the lawsuit.

The owner was subsequently jailed for breaching the Mareva injunction, after the three plaintiffs brought contempt of court proceedings against her.

Her case will be reviewed on Sep 27, and she will remain in prison till then.

Prior to the court proceedings, she ran eight kindergartens, including Buttercups branches at Pasir Panjang and Rochester Drive and Frobel preschools at Kallang and Woodlands.

In May, despite the Mareva injunction to freeze her assets, she sold 2 percent of her shares in Friedrich Frobel Holding, the parent company of her kindergartens.

Following the developments, the mother who made the Facebook post said that the owner's husband met affected parents on Sep 16 to provide an update about what happened.

He apologised to them on behalf of his partner, and reportedly said that the centre will cease operations at the end of the month.

The mother went on to say that he 'remained silent' when asked about deposits amounting to more than $1,000 that parents have made.

He also apparently did not respond to queries about the children's future school arrangements.

Later in the Facebook post, the single mother said that she 'took time' to raise money for the deposit so that she can work and support her family.

She is worried about her child and hopes that the ECDA can render assistance.

Stomp reached out to the ECDA to enquire about the events that have unfolded, as well as what action will be taken to assist the affected parties.

"The Early Childhood Development Agency (ECDA) is aware of Friedrich Frobel Holding’s intention to cease operations of one of their preschools, Frobel Lilac Preschool @ Kallang Pudding Road Crescent, at the end of this month. 32 children will be affected by this impending closure. Two other preschools, Happy Brainy Kidz in Wonderland Pte Ltd @ Sembawang, and Buttercups Montessori Kindergarten Pte Ltd @ Namly Place, had closed on 31 Aug 2017.

"ECDA has been working closely with the preschool as well as the parents affected by the closures to find alternative preschool places in the vicinity for their children. At present, a small number of children have not yet found alternative placement. ECDA officers will continue to assist these parents.

"For the remaining five preschools under Friedrich Frobel Holding, ECDA has asked the operator to make its plans clear for the preschools. ECDA has also reminded the operator that it has an obligation to give 6 months' formal notice to parents before any preschool can be closed. Regulatory action has already been initiated by ECDA against the operator for breaching this requirement when it closed two of its preschools on 31 August.

"ECDA will continue to visit the remaining preschools to monitor their operations, and to ensure the wellbeing and safety of children at these preschools. ECDA officers have contacted the parents and have offered assistance to them, should they wish to find alternative preschools for their children.  ECDA has also directed Friedrich Frobel Holding not to enrol new students for these preschools, until it has clarified its plans and provided an update on the status of its ongoing legal suit."

The ECDA has also reached out the mother who made the Facebook posting.

Commenting on the post, the Ministry of Social and Family Development, who oversees the ECDA, said that its representatives have contacted her to provide assistance.