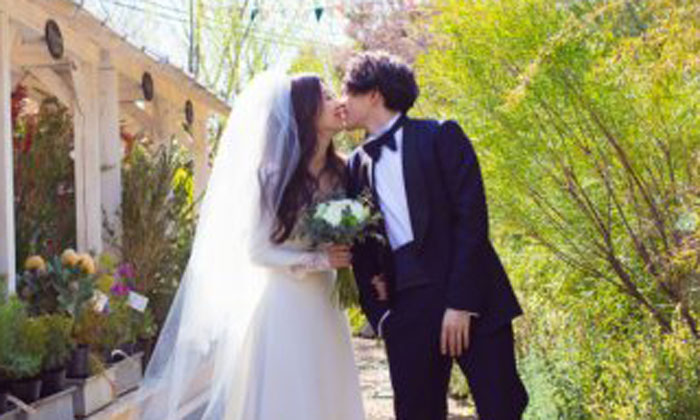 Lin and Ting, both 32, held their wedding dinner at Le Meridien Taipei in a forest-themed ceremony, modelled after their intimate marriage registration ceremony in Japan last month.

Lin had shared a lengthy post in Nov last year on his Facebook page asking for her hand.

Of course, a proposal done purely on social media would be deemed insufficient, at least on Yoga Lin's part.

The video of the actual proposal was revealed during the couple's wedding dinner, featuring Lin going down on one knee and Ting brimming with tears.

About 400 family and friends attended the wedding dinner which was hosted by Taiwanese comedian and host Mickey Huang.

Taiwanese singers Xiao Yu and Claire Kuo were the best man and bridesmaid of the couple, with girl group S.H.E and singer Cyndi Wang among those in the star-studded guest list.

Many blessings to the newlyweds, while we wait for further good news, as Ting hinted about "bearing a dozen of children" for Lin, in a Facebook post comforting his loss at the recent Golden Melody Awards.