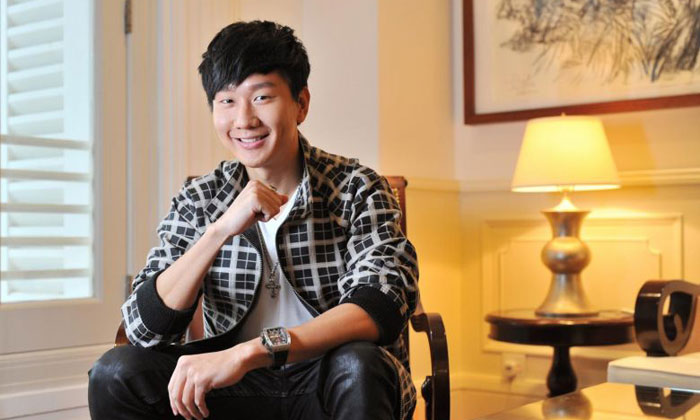 Maybe the coffee served at the Taipei eatery was too good to miss.

Singapore singer-songwriter JJ Lin was driving his Ferrari 458 but there was no parking space available.

Lin, who said previously that he avoided going out because of the attention from fans, pulled up at the roadside.

It was a mistake which he must now regret making.

When a Ferrari is parked illegally, the driver often gets more flak than someone who owns a more humble sedan.

Now, Lin, 38, has found himself in the hot seat after he broke the traffic rules, reported China Press.

After he parked, he took the coffee break with a friend.

But the Mandopop singer did the proper thing by constantly monitoring the parking situation. When a parking space became available, he took it.

Still, his manager has described Lin's act as setting a bad example for others, and the singer has apologised.

According to a previous Ferrari statement, Lin vowed to own one of its high-end cars after he first saw a model in 1987.

When his career took off and gave him the means to own one, he visited the carmaker's facility in Italy to custom-make his dream driving machine.

What drove him to buy one, he told Ferrari, is not the car's prestige factor but a recognition of the hard work put into crafting it, mirroring his own devotion towards making music that can stand the test of time.

Lin is slated to perform in Kuala Lumpur and Singapore in December.