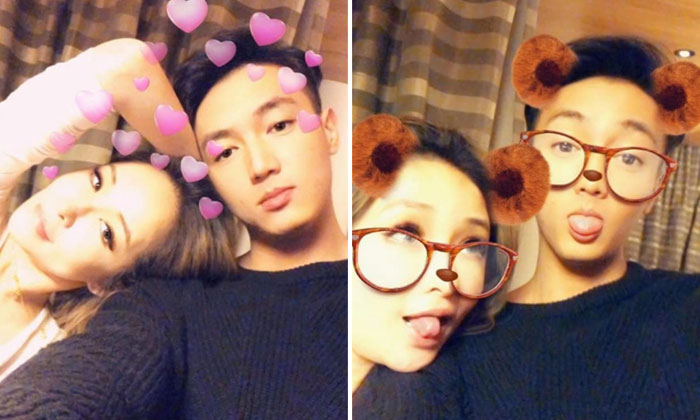 Taiwanese singer Elva Hsiao has not been seen in public for more than 18 months.

However, during this period, she has been romantically linked to a man 16 years her junior.

She was first spotted with him together in late 2017, but she clarified then that she was merely playing host to him. He was later identified as model Justin Huang, now 24, who had moved from Canada to Taiwan to pursue an acting career.

In June this year, Taiwan's China Times Weekly reported that Huang had spent the night at her home.

Hsiao went public with their relationship on her 40th birthday on Saturday (Aug 24), posting four photos of them together on Weibo with the caption "Love requires us to be together". She tagged him in the post.

Hsiao told Apple Daily that she has known Huang for a few years as she took the opportunity to explain her long absence from the public eye.

She disclosed that she suffered from internal injuries after hitting her chest in the bathroom, and she was unable to sing due to breathing difficulties caused by the injuries. As a result, she had to abort the launch of her album which she has prepared for three years.

She said Huang kept her company during the low point in her life and gave her psychological support during her treatment. She appreciated Huang's concern as they became a couple later. She also admitted to having an impulse to form a family with him by getting pregnant.

This is not the first time Hsiao is romantically linked with a younger man. She was previously linked to Taiwanese actor Kai Ko, 28, Singapore businessman Elroy Cheo, 34, and Taiwanese professional golfer Michael Chen, 27.

Related Stories
Elva Hsiao hits back at rumours of her having HIV, will take legal action over fake news
Did Taiwan’s Elva Hsiao have plastic surgery? Check out her drastic transformation
More About:
Elva Hsiao
entertainment
celebrity
relationships
dating