Singaporeans enjoy breathtaking view of double rainbow: 'It's a promise of sunshine after rain' 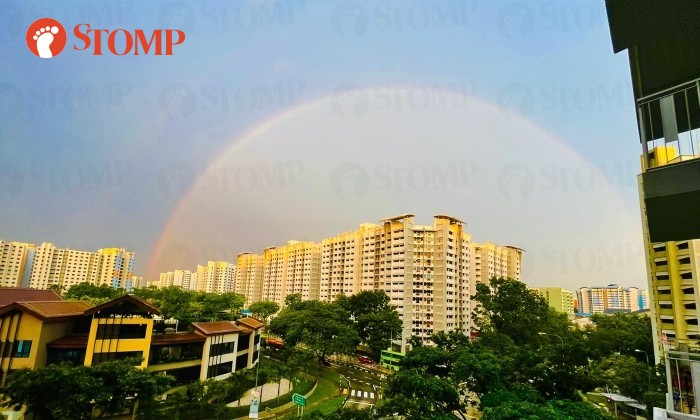 Singaporeans were greeted with a magnificent view of a double rainbow which appeared in the sky after the heavy downpour on Thursday (Dec 3).

Stompers Fouzia Syed and MsOz were captivated by this and snapped photos and videos of the double rainbow against the backdrop of the clear blue sky.

MsOz shared that she was in her flat in Geylang Bahru when she spotted the lovely view.

"I was happy to see not one but two rainbows. My kids were running around and calling me as they were so excited to see the double rainbow," MsOz said.

Fouzia Syed caught a glimpse of the breathtaking view from Sengkang as well. 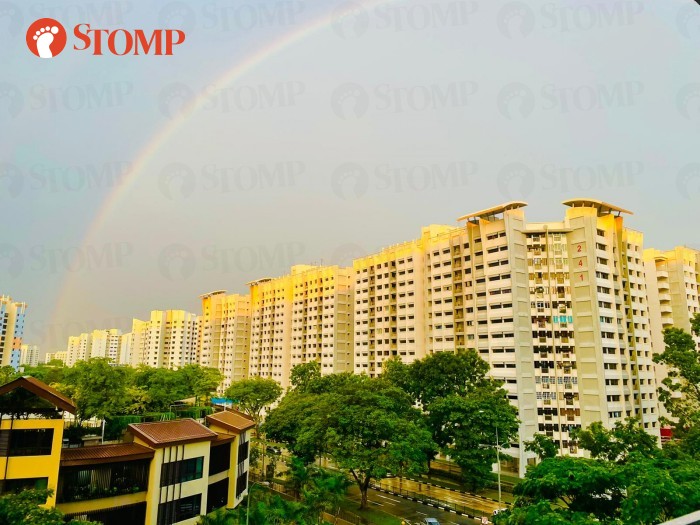 "I spotted the rainbow at about 6.45pm. I felt positive and blissful as it was such a refreshing sight," Fouzia Syed shared.

"Such sights are lovely. After all, a rainbow is a promise of sunshine after the rain."