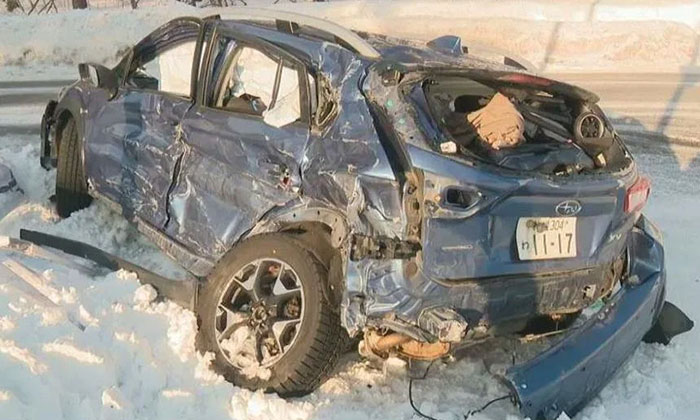 A 41-year-old Singaporean woman and her four-month-old daughter died in an accident in Hokkaido, Japan, on Tuesday morning.

Chinese-language daily Lianhe Zaobao reported that the car they were in collided with a large truck in the ski town of Kamifurano at around 11.30am.

News reports in Japan said the woman’s 44-year-old husband and their elder daughter, three, were also injured in the crash. The driver of the truck was not injured.

A report from ANN News said the car was turning from a side road onto the main road when it collided with the truck going straight.

Hokkaido police told Zaobao that the two who were injured are in stable condition. Hokkaido, the northernmost island of Japan, is a popular ski destination for Singaporeans during the winter months.

NHK reported that there were no traffic lights at the junction where the accident took place though there was a stop sign. The family was driving a rental car and believed to be on holiday.

The Ministry of Foreign Affairs (MFA) said that the Singapore Embassy in Tokyo is in contact with the family and is rendering consular assistance and support.

“The ministry would like to express our deepest condolences to the family who lost their loved ones and wish the injured family members a speedy and full recovery,” it said.

“We would also like to express our appreciation to the Japanese authorities for their assistance.”

Road safety experts advise those going on driving holidays to take extra precautions, especially in winter when there is snow on the roads. Snowy conditions result in low visibility, decreased traction for car tyres and longer braking distances.