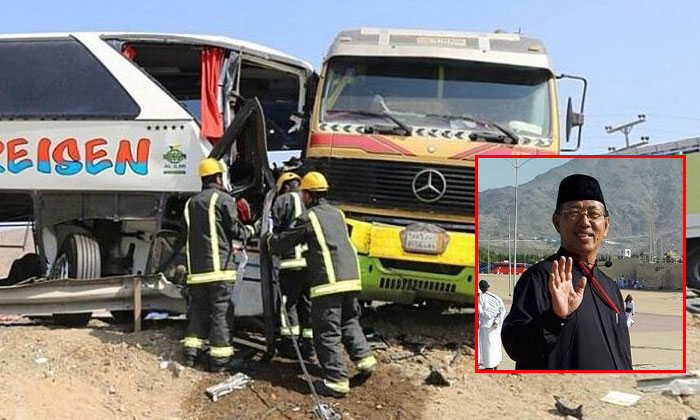 A Singaporean man was killed and several others were injured in a bus accident in Mecca, Saudi Arabia, while they were carrying out their minor pilgrimage (umrah).

The man who was killed has been identified as Ustaz Haji Mohammad Abu Bakar Osman, 64.

He was the director of Abu Bakar Travel Services, the family-run travel agency behind the trip, reports The Straits Times.

According to the Islamic Religious Council of Singapore (Muis), the bus carrying 31 passengers got into an accident in the early hours of Mar 20.

Haji Abu Bakar's 63-year-old wife, Hajjah Fauziah Alia, is warded in the intensive care unit of the King Faisal Hospital with two others.

Their son, Mr Salhan Abu Bakar, said her leg might be broken and her neck is injured, but she is conscious.

He and his sister, Ms Siti, have made arrangements to fly out to be with their parents.

Ms Siti said that the pilgrims include Singaporeans and Malaysians who had arrived in Mecca on March 12 on a Scoot flight.

They were to return to Singapore on March 25.

Muis said the injured have been sent to hospitals in Mecca and added that the Ministry of Foreign Affairs is helping those affected.

Muis expressed its deepest sympathies to all the pilgrims affected.

Prime Minister Lee Hsien Loong and Minister in charge of Muslim Affairs Yaacob Ibrahim said that they were deeply saddened to hear of the bus accident.

The Consul-General in Jeddah has visited the injured at the King Faisal Hospital, and the Singapore Consulate there will continue to provide the necessary support to the injured and their families, as well as to the next-of-kin of the deceased.