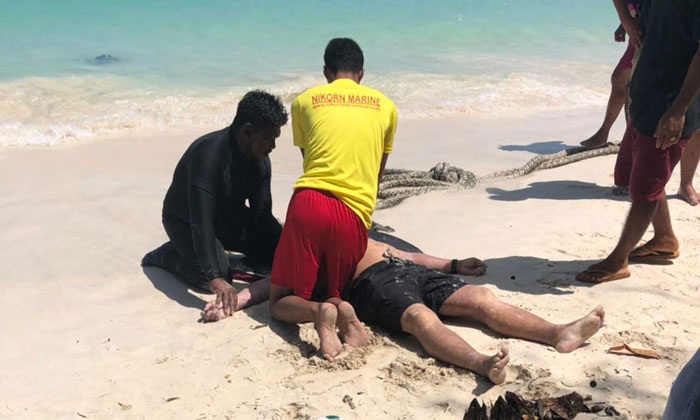 A man, believed to be a Singaporean, was saved from drowning off an island near Phuket, Thailand on Saturday (Sep 28).

According to the Bangkok Post, local police and paramedics were alerted to the rescue that happened in the sea off Koh Hoe, or Coral Island, at about 11.15am.

He was subsequently transferred to Vachira Phuket Hospital, where he is currently under close medical care.

A Thai tour guide told the police that the Singaporean tourist had begun to struggle and sink in the water after being brought to Koh Hoe for a swim.

Lifeguards rushed to his aid and dragged him to the beach to perform cardiopulmonary resuscitation (CPR).

They then alerted officials who arranged for a speedboat to come and take him back to the Chalong pier.