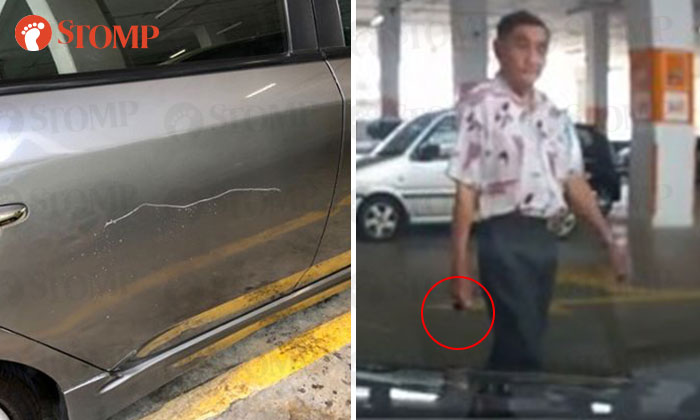 A man’s car was scratched after parking it at the carpark of Aeon Mall Tebrau City in Malaysia.

Stomper Ivan told Stomp in a phone interview that the incident had happened on Monday (Feb 12), between 10.45am to 11am.

According to Ivan, he had parked his car around 10am on the 2nd floor of the multi-storey carpark.

He then left for the mall.

He went to the side of Ivan’s car, and out of the dashboard camera’s frame.

A few moments later, a sound is heard, akin to the sound of metal getting scratched.

“I’ve never seen this uncle before, but I think he did it (scratched the car).

“If you pump up the volume of the video, you can hear the sound. My friend told me maybe I offended him while driving, but I reached the mall at around 10am, and the incident happened only 50 minutes after so the timing just doesn’t make sense.

“I think the guy could have done it because it’s a habit and he cannot help himself.”