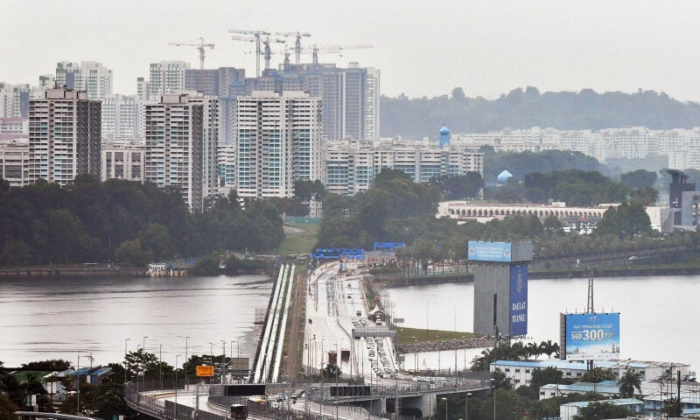 A Singaporean couple have been arrested in Johor Bahru, Malaysia, while on holiday, after the man allegedly stabbed his girlfriend in the buttocks.

Both of them later tested positive for drugs.

The 34-year-old man is alleged to have used a knife and stabbed his 29-year-old girlfriend in the right buttock, said Johor police chief Kamarul Zaman Mamat.

He revealed this while speaking to the media during a press conference held at the state police headquarters in Johor on Thursday (June 2), reported The Star.

Commissioner Kamarul Zaman said the police received a report in the early hours of Tuesday morning (May 31) and responded to the incident at an apartment in Taman Mount Austin at around 4.30am.

"The couple were renting a unit at the apartment to stay for a few days," he said.

"However, they got into a heated argument and the 34-year-old male suspect then stabbed his 29-year-old girlfriend.

"Both the suspect and victim tested positive for drugs."

He added that the couple have since been charged in court.

The couple face charges for drug consumption and voluntarily causing hurt with a dangerous weapon.

During the press conference, Commissioner Kamarul Zaman also reportedly said no Singaporean has been a victim of crime in Johor since the reopening of the borders.

"When the borders reopened on April 1, I stationed 1,600 personnel and officers at 41 known major public areas throughout Johor to safeguard the people, including foreign travellers," he said.

"So far, not a single foreign traveller who has visited Johor has lodged a report with the police saying they have been a crime victim."

Over the three-day Good Friday weekend between April 15 and 17, 436,800 people crossed the land borders between the two countries.

Over the Labour Day and Hari Raya Puasa weekend between April 29 to May 3, close to 1 million people crossed the land borders.

The commissioner also reminded foreigners to respect Malaysia's laws when travelling to Johor.

Those convicted of drug consumption in Malaysia may be jailed for up to two years and fined up to RM5,000 (S$1,600).

Those convicted of voluntarily causing hurt by dangerous weapon may be jailed for up to 10 years, and fined or caned.