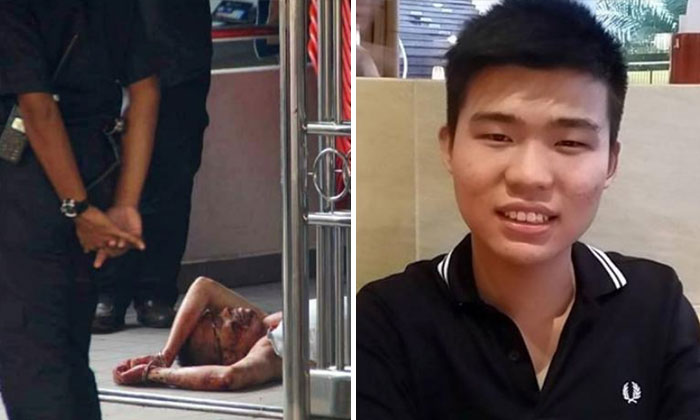 A 23-year-old Singaporean man sustained serious injuries, with his right hand nearly severed after an attack at an altar in Perak, Malaysia at about 4am on Monday (July 2).

The altar in question is located within the Taiping Lake Gardens, and the victim has been identified as Singaporean businessman, Mr Wu Mingda.

According to Lianhe Wanbao, the victim and his alleged assailant, Yang Pingquan, were fellow disciples in a religious sect. The two served under the sect leader 70-year-old Lin Zhenliang, who is also the owner of the altar.

Yang is also reportedly the godson of Mr Lin.

Local media reports that there was an event held at the altar just three days ago, which lasted until Sunday night (July 1). Mr Wu had travelled from Singapore to Perak for the event.

Under the celebrations ended, Mr Wu, Mr Lin and Yang slept in the same room at a house nearby.

Yang allegedly became hysterical at about 4am in the morning. He seized a knife and started slashing at Mr Wu.

The attack left Mr Wu with slash wounds on his legs and various parts of his body. His right hand was also nearly severed in the vicious attack.

Mr Wu reportedly crawled out of the house to seek help after the attack. The din woke up neighbours nearby who immediately called the police.

Photos of the aftermath show an injured Mr Wu dressed in T-shirt and shorts, lying at the entrance to the house. Reporters also observe a trail of blood leading into the house.

After Mr Wu crawled out of the house, Yang allegedly held Mr Lin at knifepoint. It is understood that Yang held the knife to Mr Lin’s neck, and proceeded to lock him in the room.

The police later arrived at the scene and conducted a forcible entry, freeing Mr Lin.

Officers found Yang in the toilet holding onto the knife used for the assault, and another knife which he had used to for self-mutilation.

Wounds were found on the back of Yang's head, chest, and abdomen. He was arrested at the scene and conveyed to a hospital for treatment.

A spokesman for the Taping Police department told reporters that Mr Wu is currently being treated at Kuala Lumpur Hospital.

The spokesman also revealed that Wu suffered serious injuries, especially on his right hand which was nearly severed. However, his condition is currently stable after undergoing surgery.

His family has also been notified of the attack.

The spokesman said that Yang suffers from mental illness, and is currently undergoing psychiatric evaluations.