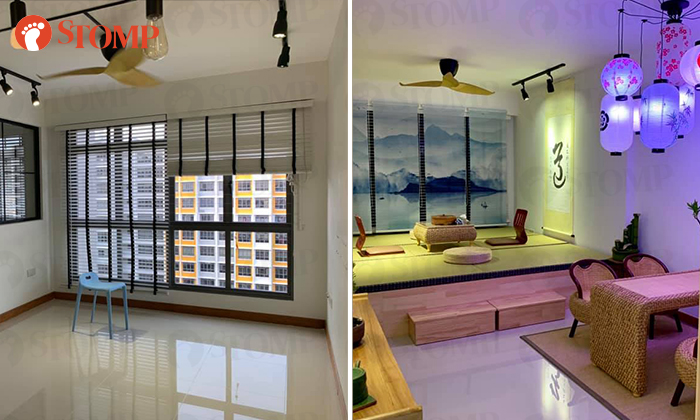 Stomper Amalyasa is so in love with Japanese Zen living that he spent about $15,000 on furniture and incorporated them into his Housing Board flat (HDB) in Sengkang, at Block 336A Anchorvale Crescent.

He told Stomp that he got a new idea when he visited Japan every year.

According to an Interior Design and Renovation media, Renopedia, Japanese Zen living involves elements of nature. The designs revolve around a connection with natural elements such as wood, plants, natural lighting and more.

Amalyasa said: "Every furniture was purchased and shipped from other countries, like China and Japan.

"I am living alone, so budget is my top concern. When I see items being sold at high prices locally, I look beyond borders and find ways to bring them in.

"Even though I can't understand or read Mandarin, it doesn't hinder me from perusing Taobao and purchasing these items from the site."

On an eight-phase journey, he started with his bedroom, installing it with panels that eventually brought out an image of a sunset. 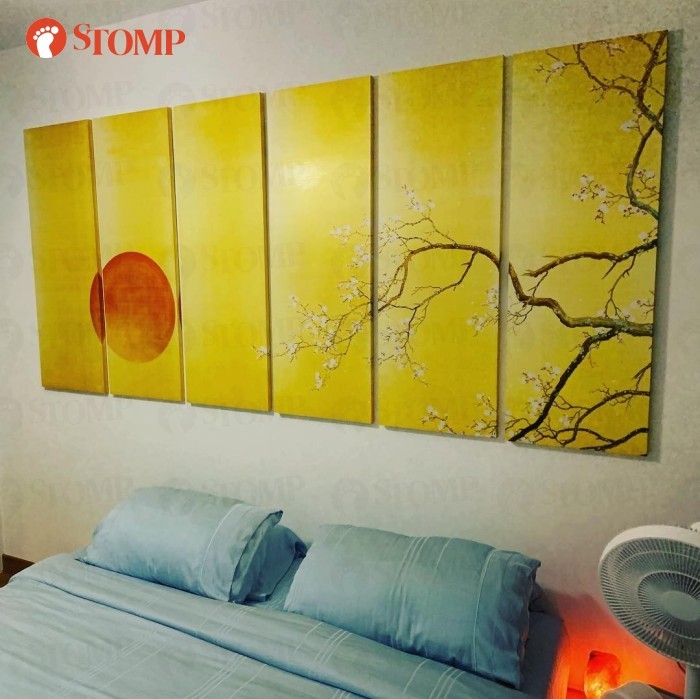 Amalyasa then moved on to his entertainment room and kitchen by installing Japanese-styled blinds in both areas.

In the fourth phase, the focus was on installing a platform, where tatami mats would be placed on, as well as a partition and some calligraphy artwork.

Amalyasa said to Stomp: "This 3-metre by 3-metre platform arrived as nine big packages but only six was successfully delivered to my doorstep.

"The remaining three couldn't enter the lift so they were left downstairs.

"I rushed home while fearing that someone could've removed or tampered with it and upon seeing the packages, I almost fainted."

He recalls that the packages were too large in size, so it would have been impossible for him to carry them up 14 floors on his own.

When he called his friends for help, they removed the contents from the package and carried wooden panels that were about 3 metres long up the stairs.

"By the time everything was in my house, it was already 11pm. But the drive and desire to see the end product was there, so we spent another five hours to fix the platform together. We were so motivated to make it happen that we all forgot to change out of our office wear," said Amalyasa.

It took Amalyasa three months to complete all eight phases.

He also shared his journey in a collage of photos on his Facebook profile.

Related Stories
Newlyweds give guests TOTO slips with potential $4.2 million jackpot at wedding dinner
The kampung spirit is strong among residents at this HDB block
Jalan Rajah block gets blinged out with gold flags
More About:
home
Japanese
Sengkang
interesting