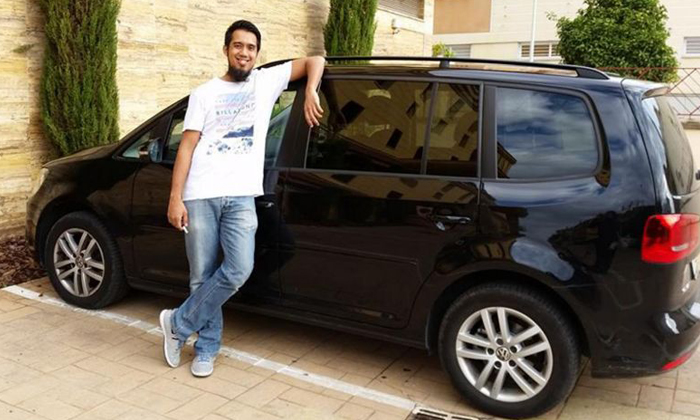 The first Singaporean here to be charged with terror financing was on Tuesday (Jan 14) convicted of the crime and sentenced to nearly three years' jail, or 33 months.

On Monday, Imran Kassim, a 36-year-old former logistics professional, admitted to transferring funds to support the Islamic State in Iraq and Syria (ISIS).

He had transferred $450 through remittance company Western Union to Mohamad Alsaied Alhmidan in Turkey for his publication of ISIS propaganda.

Under the Terrorism (Suppression of Financing) Act, introduced in 2002 to counter terrorism financing here, Imran faces prison time of not more than 10 years or a fine not exceeding $500,000, or both penalties.

On an official website, the United States government lists Mohamad Alsaied as a specially designated national, and says he is linked to ISIS.

Based on Imran’s admissions in court, a remittance form and receipt, and his statements to the authorities, District Judge Seah Chi-Ling found Imran guilty on Tuesday.

In announcing his verdict, the judge noted that Imran knew the money he sent would help ISIS, which is clearly a terrorist organisation.

Imran had said in his statements that he transferred the money because he believed that the donation would help spread support for ISIS, gather more supporters for it and raise awareness about the group. The money was sent in response to a request that was made on Facebook.

And in response to Imran’s assertions that ISIS has been portrayed in a wrong manner, Judge Seah said that even if these were proven to be true, which Imran had not, these arguments were not a defence in criminal law.

On Monday, a Singapore court heard that while Imran did admit to making the fund transfer and that he did it to benefit ISIS, he argued that he had not broken the law as he did not recognise Singapore law and only recognised syariah law.

Mainstream Islamic scholars say Muslims are obliged to follow the laws of the land where they live, and that ISIS and its violence are a distortion of Islamic teachings.

The court heard on Tuesday that the prosecution sought a jail sentence of 32 to 33 months, citing factors such as the deliberate nature of the Imran’s financing, the transnational element of his offences, and his lack of remorse.

A notable aggravating factor in Imran’s case was the fact that terrorism-financing offences are hard to detect and he had taken steps to cover his tracks, noted the prosecution.

Imran downloaded a mobile messaging app called Surespot to add Mohamad Alsaied, so that he could communicate with him and get details of where to transfer the money to, said the prosecution in its sentencing submissions.

It added that after making the transfer, Imran deleted the app because he did not want to leave any evidence of his actions. Imran also said in his statement that “to put it simply, I wanted to evade detection by the authorities”.

On Tuesday, when asked by the judge if he had anything to add before being sentenced, Imran said: “I think I’ve said everything that I wish to say yesterday.”

Imran has been detained under the Internal Security Act since August 2017 and was issued a detention order for intending to take part in armed violence overseas.

While Imran was the first Singaporean here to be charged with terror financing in April last year, his conviction on Tuesday was the second such case here.

He was charged the month before and for his crime, he was sentenced to 2½ years' jail.

After Imran’s was sentenced on Tuesday, his younger brother, who declined to be named, told reporters that while Imran was a good person and “a very principled man”, his family does not share his sentiments about ISIS and fully rejected the organisation.

He said: “(Imran) is never one to remain quiet when he see something wrong. However, let me be clear that we stand with Singapore against Imran’s actions.

“He ultimately wanted to protect people. To save civilians and not kill them. But he has sided with an enemy of Singapore, known for using fear, intimidation and manipulation, as a means to their end. We fully reject ISIS as an organisation, and the stain they have left on Islam.”