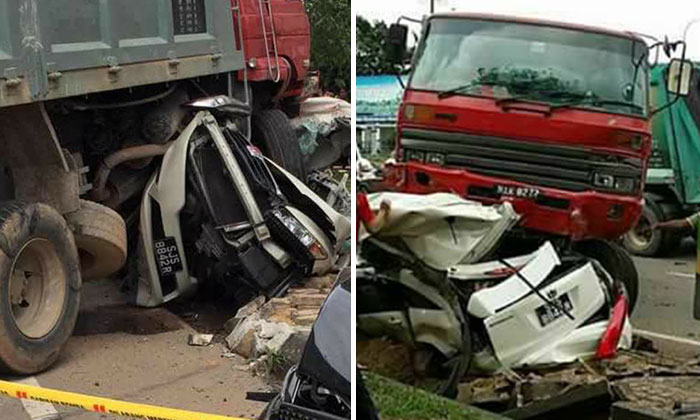 The vehicles are a Honda Stream, a tipper truck, a Mercedes-Benz SUV, a Perodua Myvi and a motorcycle.

Several Stompers alerted Stomp to photos and videos of the accident which have been circulating on Facebook, showing the Singapore-registered Honda crushed by the truck.

Port Dickson police chief Zainudin Ahmad said that the four victims, believed to be family members, were travelling in the Honda at the time of the accident.

The driver, Mr Rosli Samad, 54, die while on the way to Seremban Hospital.

The truck driver is currently in police custody, reported The Straits Times.

Stomp has contacted the Ministry of Foreign Affairs (MFA) for an official statement on the incident.