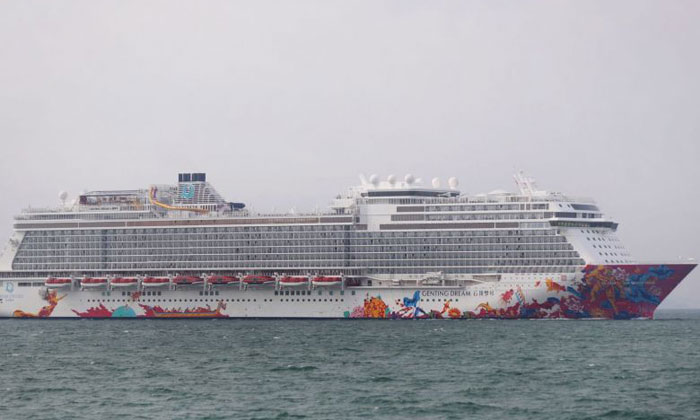 A 10-year-old Singaporean boy drowned in the swimming pool of a cruise ship docked at Star Cruise Jetty in Langkawi, Malaysia, on Monday (Nov 18).

A spokesman for Dream Cruises told The Straits Times that the boy was found unresponsive in one of the swimming pools aboard the cruise ship Genting Dream.

Dream Cruises confirmed his nationality based on his passport details.

The spokesman added that despite a medical team aboard the ship providing medical assistance to the child, including performing cardiopulmonary resuscitation, the boy could not be revived.

"Dream Cruises is cooperating with the relevant authorities on the reported incident and providing all the necessary assistance to the family members in this time of difficulty," she said.

"Our thoughts and prayers are with the families of the deceased and we offer our sincerest condolences."

The boy was on vacation with his mother and a friend onboard the ship that had sailed from Singapore on Sunday for a three-night cruise.

The ship docked in Langkawi on Monday.

Superintendent Mohd Iqbal said visitors and pool attendants at the scene were not able to save the child from drowning.

The boy's body was taken to Sultanah Maliha Langkawi Hospital.

The cruise ship, which was reported to be carrying 3,000 passengers, departed for Phuket at 10.30pm on Monday.

Singapore's Ministry of Foreign Affairs said the Singapore High Commission in Kuala Lumpur is aware of the accident.

The ministry is in contact with the family, and will continue to provide the necessary consular assistance.