Youths who beat up helpless boy: Principal confirms that some of them are from St Andrew's Sec 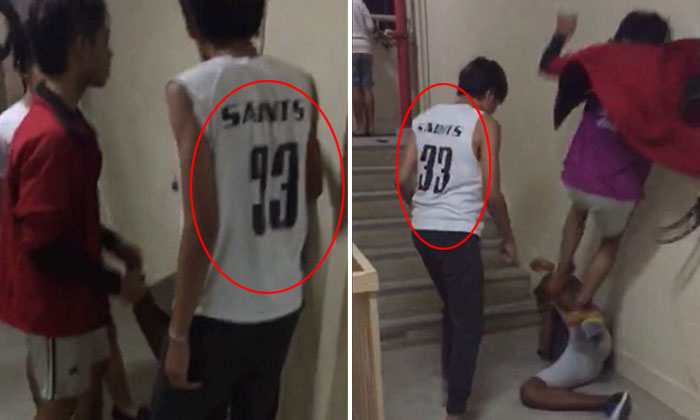 The principal of Saint Andrew's Secondary School has responded to a Stomp query to confirm that some of the students involved in a recent viral video that featured a group of youths beating up a young boy -- are indeed from her school. The school is currently working with the police in their investigations of the case.

"The school is aware of the incident that took place on 5 November and that some of the students involved are from our school.

"We take all incidents of fighting seriously, and will continue to educate our students on anger management and appropriate behaviour.

"The school is working with the police in their investigation and therefore is unable to comment further."

A spokesperson for the Ministry of Education (MOE)  has also responded to Stomp's query with the following statement:

"MOE is aware of the incident. As the case is under police investigation, we are unable to comment further."

Stomp was alerted to the video by Stompers Veera, Raez, Zianna, Kenny, Nasslina, Esther, and Helene yesterday (Nov 10) via WhatsApp and Facebook.

The video shows a young boy being badly beaten up by a group of youths at a staircase landing.

The boys are seen taking turns to bash up the helpless teen, pinning him to the wall -- punching, kneeing and kicking him to the ground. One is also seen jumping on his legs while he's on the ground.

"Police confirm that a report was lodged and investigations are ongoing."

Stomp contacted Saint Andrew's Secondary School after noticing that one of the bullies was wearing a "Saints" number 33 jersey.

According to a Stomp source, the jersey belongs to the school's hockey team, which the source said some of the boys in the video were part of.