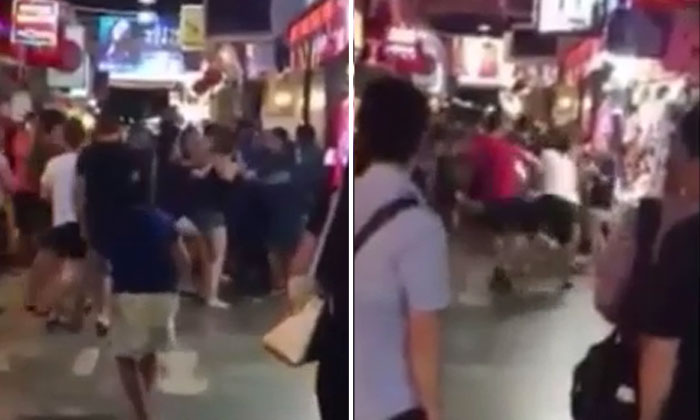 A video circulating online shows a group of youths getting into a huge fight on a walkway in Bugis Street.

According to SG HardTruth Community that uploaded the video on Facebook, the incident took place on June 7.

The video first shows a group of people surrounding someone who was lying on the ground.

Two male youths then broke off from the group and started raining punches at one another.

As the video progressed, more shouting can be heard coming from the cluster of people as the youths gestured at one another and called each other names.

Several men clad in blue polo T-shirts then intervened and broke up the altercation.

The youths however continued shouting at each other from a distance.

It is unclear what caused the fight or what happened thereafter.