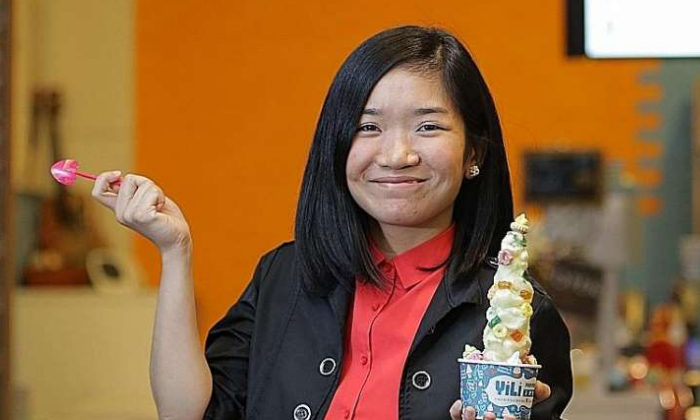 It is Friday, 4pm. With her iced chocolate and cheesecake, chilling out with a laptop at an Orchard Road cafe, Ms Cheryl Chua looks like she is starting her weekend early.

But the 33-year-old Web developer is working. She had just come out of two back-to-back meetings with clients. Now she is coding madly for an Android app due in a week.

"My friends are always telling me, 'Urgh, are you pretending to work again? You're just having brunch at some cafe, right?'" she says with a laugh.

"What they don't see is that I'm juggling five projects. If my clients ask for last-minute changes, I pull all-nighters. Just because I'm a freelancer doesn't mean I'm not working as hard as they are."

Working on her own time and targets, Ms Chua is part of a burgeoning freelance economy in Singapore. While contract work is not new, freelancing has become more common here, buoyed by changing expectations and priorities in both employers and employees.

Flexibility is the new buzzword. Full-time freelancers may sacrifice stability in the form of monthly pay, but they have greater freedom.

Companies stay lean and agile by keeping their full-time head-count low to minimise fixed costs, hiring freelancers only when needed.

This explains why sites connecting freelancers and businesses, such as Freelancer.com and Upwork, are doing so well. Services in demand include website design, copywriting and data entry.

The sluggish economy and the labour crunch will make freelancers a necessity for some firms.

This leaves significant room for short-term contract staff to fill the gaps, as and when needed, he adds.

Freelancers are not entitled to CPF contributions from their employers and can bring about cost savings, which is attractive to small firms and start-ups.

Take seven-month-old company Fit Me, which is behind SnapFit, a plug-in that allows people shopping online to drag clothes over photos of themselves to see how they fit. It has 10 full-time staff.

For data input and administrative work, owner Gordon Lim hires freelancers to save on office space and equipment. This has translated to over $50,000 worth of savings so far, he says.

Upwork's senior vice-president of international, Mr Rich Pearson, predicts that the offices of the future will be a hybrid team. "There will almost always be a need for traditional, full-time roles but they'll be augmented by a team of people providing flexible skills as needed."

This will be true for not just small and medium-sized enterprises, but also large corporations.

Furniture giant Ikea, for instance, hires freelance "specialists" with expertise in areas such as interior design and visual merchandising to help refurbish its stores.

ABR Holdings, whose stable of eateries includes casual dining restaurant Swensen's, will launch a jobs portal that allows freelancers to fill vacancies in its restaurants in real-time.

For instance, if an employee takes medical leave at the last minute, a posting will go up on the portal alerting freelancers who have registered their interest and who have the skills - such as dishwashers or service staff - to step into the role.

This system will be piloted in five Swensen's outlets. The group's director of business development Andrew Khoo hopes this will help combat constant staff shortage in the food service sector.

Mr Alfred Low, 60, is a salesman by day. But once he clocks out, he turns into an "aggressive freelance courier" who chooses jobs on delivery service RocketUncle, which links parcel senders to third-party couriers, and makes deliveries in his car. The father of two usually delivers three hours on week nights and half a day on Saturday, making an extra $1,200 a month.

"I'm enjoying the experience. I've a bit more spending money, I make enough to cover for petrol and it's very easy. All I need is my mobile phone and my car," he says.

It is tough to draw up a portrait of an average freelancer - he can be doing it full-time or in-between jobs or moonlight for extra cash.

A mixture of all three is found on freelance platforms, including FastFast and RocketUncle, which both specialise in courier services.

But one thing is for sure, freelancing is mostly a young person's game.

Financially, it makes sense. People who can deal with irregular pay checks usually do not have heavy commitments such as mortgages or children. But it is also a matter of changing attitudes and expectations in the younger generation.

Mr Evan Tan, regional director for South-east Asia for Free- lancer.com, says millennials tend to demand more flexibility in their lives. "They don't see work as something to sacrifice their lives for, especially work that does not align with their passion."

In fact, 60 per cent of the 30,000 registered freelancers on homegrown job-matching site Freelancezone.com.sg are aged 18 to 28.

"They work only when they want to. Once in a while, you'll notice them posting Instagram pictures or having tea break at a cafe or sun- tanning during work hours and you wonder how they do it."

Freelancers say it takes guts to strike out on their own, discipline to meet their own targets and resourcefulness to fend for themselves.

"Freelancing gives me freedom to control my working hours and working style, but it also requires strict commitment," says freelance designer Wilyana Widjaja, 32, who is married with a son.

Her clients include Western Union and dessert shop YiLi PaoPao Ice. She adds: "There are times when it may get a little tough, especially when I'm feeling sick. But I'm alone. I don't have any medical leave and I don't have a replacement. So I have to push myself up."

When it comes to delayed payment or non-payment of fees, freelancers are not protected by the Employment Act. They are considered their own employers, so there is no employer-employee relationship between them and their clients. Freelancers will have to turn to the courts instead.

Other freelancers have stories of ups and downs, failure and perseverance. When freelance illustrator Chen Ziyue first started working in 2008, she struggled to break into the small market. She gave up and went on a job hunt, but after an interview, decided she was not keen on a full-time job.

She then applied for a scholarship to pursue a degree in illustration at the Ringling College of Art and Design in the United States.

After graduation, the 29-year-old tried freelancing again, with better results, getting jobs to illustrate children's books.

She says: "It can be daunting to take a leap of faith but I'm thankful that at least I have tried."