Yishun death: Most describe deceased as harmless, one family says he terrorised them for years 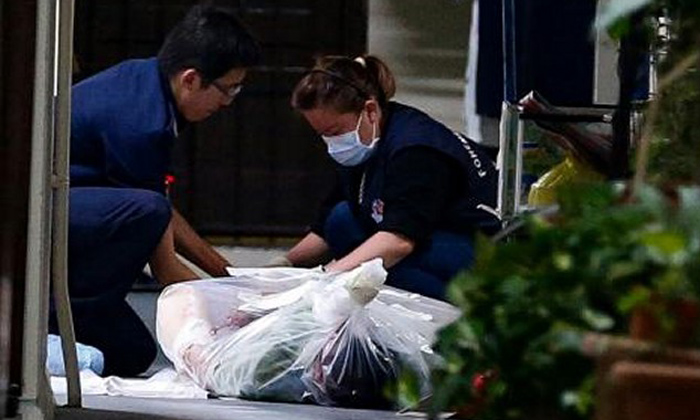 Most residents described him as a harmless man who often loitered at the block looking dazed. But one family claims he was a stalker who terrorised them for more than two years.

Regardless of who he really was, it all ended on Saturday evening when the bloodied and bruised body of Mr Shawn Ignatius Rodrigues, 26, was found on the corridor on the sixth storey of Block 279, Yishun Street 22.

A police spokesman said they received a call at about 8pm on Saturday, and Mr Rodrigues was pronounced dead at the scene at about 8.30pm, reports The New Paper.

A 20-year-old man known only as Ryan, who lives in the block, was later arrested in relation to the case.

Ryan's sister, a 22-year-old administrative assistant who declined to be named, told reporters that Mr Rodrigues had been stalking Ryan for the past two years.

"We know very little about him, but he would always bang on the door looking for my brother," she said.

"We've made many complaints and reports to the police, but nothing was done."

According to her, the two men got to know each other at a meeting in church.

"He (Mr Rodrigues) used to be very quiet, and only started acting strangely about two years ago," she said.

"We have no idea why he was stalking us."

She added that Ryan had become increasingly agitated ever since the alleged stalking began.

"He became very protective of me and my mother," she said.

The woman, who does not live there, also said that the incident on Saturday happened while their mother was out, so neither of them saw how Mr Rodrigues died.

Mr Rodrigues was found with his face bloodied and with a gash across his face.

Clad in shorts and a striped green polo shirt, there was also a cut on his left arm and what appeared to be rope tied around his right wrist, which was also bloodied.

Mr Supangat, 58, an aircraft technician who was visiting his relatives on the first storey, said no one thought anything was amiss until the police showed up.

"I was here since about 7pm and didn't hear anything," he told The New Paper on Saturday night.

"Only after the paramedics went up and came down empty-handed did we suspect something was wrong."

Residents of the block said they have often seen Mr Rodrigues loitering in the area during odd hours of the day.

A 63-year-old barber, who lives on the first storey and who wanted to be known only as Mr Wan, said the man would often walk around aimlessly, and that some residents complained about his loitering.

"He usually keeps to himself, but sometimes, he would disturb women (residents) by staring at them," he said.

"We've seen him often in the past two to three years, but we have no idea who he is."

Another resident on the 11th storey, a 37-year-old contractor who wanted to be known only as Mr Yew, said he was shocked to find out that the man had been killed.

"I never thought this would happen, I don't think he bothered anyone," he said.

"He was this plump guy in glasses who would just walk around quietly till late, and he always looked like he was in a daze."

A resident in the area, who wanted to be known as Mr An, 35, a technician, said he has seen both Ryan and Mr Rodrigues in the area.

"I've seen them confronting each other, below the block," he said. "He (Ryan) was walking his dog, but nothing happened then.

"He has tattoos all over his arms, and the other guy (Mr Rodrigues) is just always in the area, sometimes staring at the block from an opposite block. If I don't see him for one day, something's just not right."

It is not known what Ryan was arrested for.