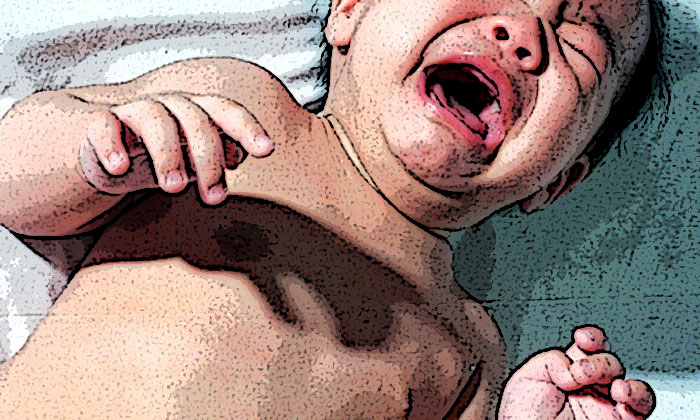 A nine-month-old boy was scalded after his buttocks was rinsed with hot water at a childcare centre.

The New Paper understands that the infant sustained second-degree burns on his buttocks and thigh, and may require plastic surgery.

The incident occurred at Learning Vision @ Vista Point in Woodlands on Aug 19 while a carer was changing the baby's diaper.

"We want to express our heartfelt apologies to the parents of the infant who was scalded at the Learning Vision childcare centre," he said.

"We take full responsibility for the incident."

Mr Kwong said that only two of the 22 Learning Vision centres were fitted with a water tank heater system, with Vista Point being one of them.

The heater system should not have been fitted and this has since been rectified, he added.

According to Mr Kwong, the carer had scalded the infant after rinsing his buttocks with hot water dispensed from the tank.

He said there was one carer to every four infants at the time of the accident.

But he did not address TNP's queries whether the carer was certified and trained in the proper standard operating procedures.

He mentioned that the carer was receiving additional help from another carer who has worked in other childcare centres.

"Having relief carers is not a common occurrence at Learning Vision centres. We have reviewed and tightened our standard operating procedures," Mr Kwong said.

The centre has contacted the infant's parents to ensure the child receives medical care.

When TNP contacted the mother, she declined to comment because she has hired a lawyer to seek compensation for the incident.

An Early Childhood Development Agency (ECDA) spokesman said it was aware of the incident but was unable to comment as police investigations are ongoing.

The spokesman added: "ECDA is working with the centre to ensure the safety and well-being of the other children at the centre."

Madam Lee Ling Ling, a 33-year-old mother of a six-month-old girl, was shocked to hear of the incident.

The senior manager at a public relations company places her in the care of a childcare centre when she and her husband are at work.

She said: "Had it happened to my daughter, I would have been horrified. Infants are helpless, so we rely on the expertise of carers to make sure their needs are met."

Kindergarten manager Ng Yan Ming, a mother to a six-year-old girl, said: "Clearly, the helper should have tested the water first."

While Madam Ng, who is in her 40s, acknowledged that accidents do happen, she stressed that anyone minding a child must be accountable for the child's welfare.

Stressing that those working in the childcare and kindergarten business must be certified and trained in handling children, she said: "If I put my child in somebody's hands, someone has to be responsible."

Other cases of kids hurt at childcare centres

The teachers at Small Wonder in Punggol left a two-year-old locked outside the childcare centre.

The teachers had taken the children out for an outdoor activity and failed to notice the child's absence when they took the children back to the centre.

A parent spotted the child outside alone and took him into the centre, which claimed that the child was left out for only 10 minutes but declined to show his parents closed-circuit television footage to verify its claim.

The child's parents withdrew him from the childcare centre.

A six-month-old suffered second-degree burns and developed a fever when he was scalded by his teacher's cup of coffee.

The teacher at Little Wings, a PAP Community Foundation (PCF) childcare centre in Jurong West, had placed her cup of coffee on the floor.

When the baby arrived at the centre, she placed him on the floor and left to store his things, leaving the baby unsupervised with the cup of coffee.

The PCF's chief executive officer had said disciplinary action would be taken against the teacher.

A video of a three-year-old being abused by his childcare teacher at My First Skool at Block 192, Toa Payoh Lorong 4, went viral.

The footage shows the teacher grabbing the child by his arm and dragging him to a corner. The teacher appears to lift him up before dropping him - with his legs extended - twice onto the floor.

The boy sustained a hairline fracture in his shin.

My First Skool was put on a six-month probation and had its licence tenure reduced from 24 months to six months.

The teacher was arrested, sacked and jailed three weeks for one count of ill-treating the child.