Woman throws drink on diner, then kicks her and grabs chair at Smith Rd coffeeshop 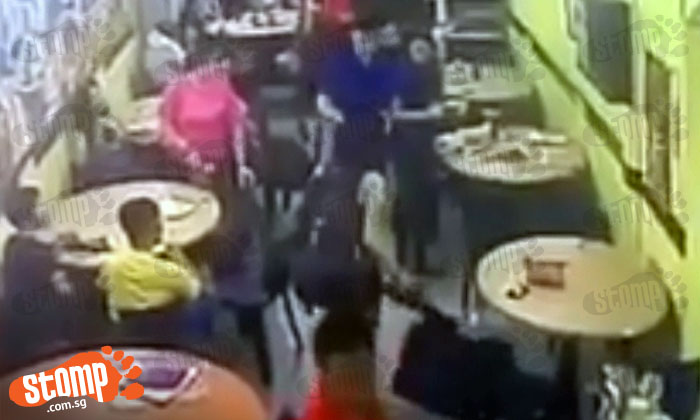 Stomper N was shocked when a diner threw her drink at her, then refused to answer when questioned about the incident.

N was dining at a coffeeshop in 70 Smith Street at 10.20pm on Sep 12 when the incident occurred.

The Stomper said the woman, whom she does not know or has met before, suddenly poured her cold jelly drink on her.

When N turned around to ask her why she had done so, the woman refused to answer.

An agitated N splashed her drink on the woman, prompting her to start yelling at her and her colleague.

N said that the woman also tried to hit them with the chair, and was blocked by her colleague.

When blocked from doing so, she tried to kick them as well.

N then called the police, and while waiting for them the woman allegedly tried to leave the scene.

The Stomper said she grabbed the backpack of the woman to keep her at the scene.

The woman tried to high knee and kick N, but failed to leave the scene.

After the woman was brought to the police station, N arrived there as well.

"She was sitting on the floor and crying," said N.

"If she has issues, take treatment. This is not fair to us as a normal citizen.

"This time it is a jelly drink, next time if it is acid water? Honggan liao loh?

"My stomach still hurts from her kick and I even had to go to the polyclinic for a check-up."

"Upon arrival, it was established that a case of voluntarily causing hurt had occurred.