Woman spotted relieving herself at Holland Village MRT station believed to be of unsound mind: SMRT 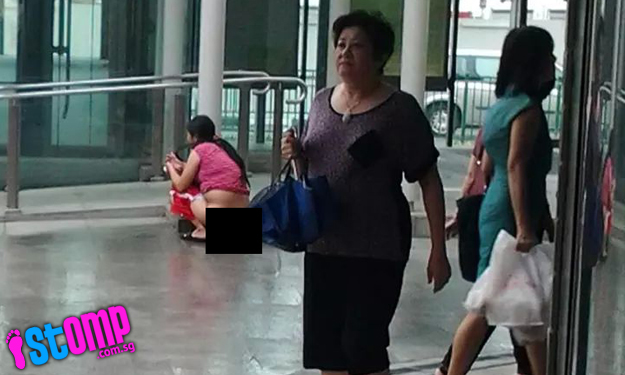 The woman who was spotted squatting down at Holland Village MRT Station to relieve herself on Wednesday, Aug 13, is believed to be of unsound mind.

Stompers PY, shirinarianna, Suhairi, Alfahd, Weisy, KV, Nurfarhana, Marcus and Alex had previously sent photos of her in the act to Stomp.

"SMRT staff cleaned the area at 2pm after passenger notified staff of the woman's behaviour at 1.50pm.

"She was believed to be of unsound mind [according to the person who reported the incident]."

Police have confirmed that when they arrived at the scene, the mess had been cleared up and the woman had left the scene.

This incident has become a hot talking point among Singapore netizens after photos of the woman made its round on various social media platforms.