Woman on MRT could injure someone if train suddenly jerks 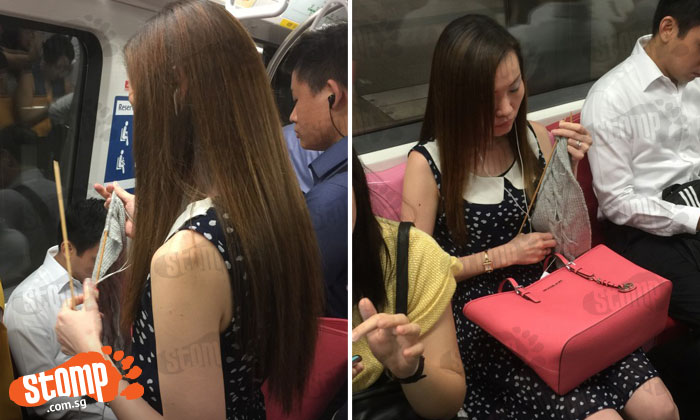 Train breakdowns are not the only things you should be worried about when taking the MRT.

Stomper Shereen was appalled when she saw a woman take out her knitting needles to knit on the train during the morning commute on July 13.

Shereen believed something needed to be done about it.

"I tapped her shoulder, to inform her on the safety hazard, she ignored, and continued knitting.
Later, she took out her mobile with one hand and knitting needles in the other hand.

"What surprises me more is those around her kept quiet about it.

"Is everyone so consumed in their own world, engaged with their mobile phones that they do not see the potential danger if the train suddenly stopped, which happens, and the knitting needles end up in another passenger's eyes due to the impact of a fall?

"Will an apology be enough?"