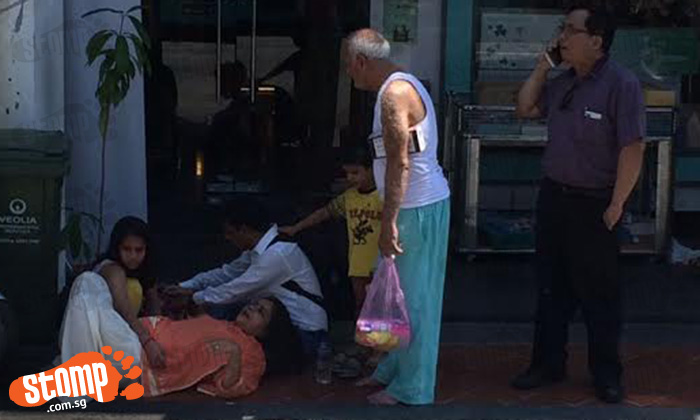 Stomper Alroy was on board bus service number 145 when the vehicle knocked down a woman at 2.50pm today (Oct 15), along Balestier Road.

The Stomper was passing by Value Hotel at Balestier Road, heading towards Toa Payoh, when the accident occurred.

According to Alroy, the woman, an Indian female who appeared to be in her 40s, was trying to cross the road when she got knocked down by the bus.

"The bus came to a halt after it knocked down the woman as the impact was severe and it produced a loud bang," said the Stomper.

Photos that Alroy sent to Stomp show a few people tending to the woman, and one image shows an ambulance at the scene.

"After the ambulance left with the woman, we were told to alight the bus and take another bus," added the Stomper.

"The SCDF was alerted to to an incident along Balestier Road at around 2.50pm today (Oct 15).

"A female Indian in her 40s was conveyed to Tan Tock Seng Hospital in a conscious state."