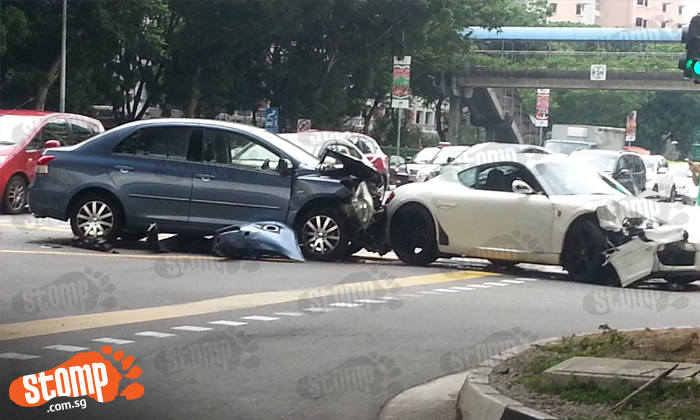 Two vehicles, one being a Porsche, were involved in a crash at Anchorvale Street earlier today (Sep 4) at around 4.20pm.

A Stomper, who had been riding past the accident scene, said that a woman was injured and sent to hospital.

"I just witnessed an accident involving two cars and one of them is a Porsche.

"A lady was injured and was brought to the hospital when paramedics came just now.

"I think it was a head-on collision."

"Police received a call on 4 September 2016 at around 4.16pm, informing us of an accident at the junction of Sengkang East Road and Compassvale Street.

"Upon arrival, it was established that an accident involving two cars had occurred.