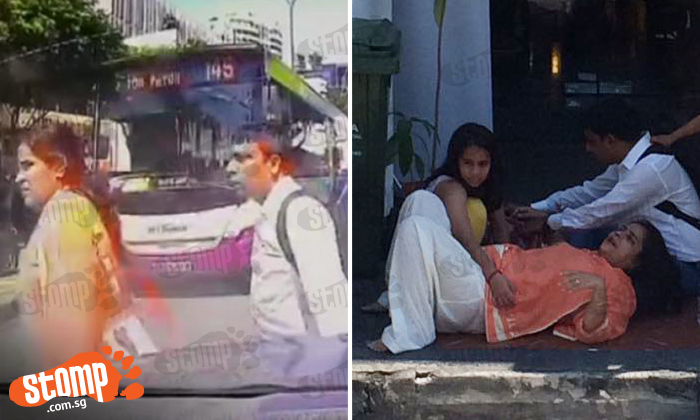 A woman was hit by a bus after she jaywalked without looking out for oncoming traffic along Balestier Road on Oct 15.

In an earlier report, Stomper Alroy had alerted Stomp to the accident and sent in photos showing the victim lying on the road.

The Singapore Civil Defence Force (SCDF) told Stomp that a female Indian in her 40s was conveyed conscious to Tan Tock Seng Hospital.

Stompers Chee Kiang and Azmi have alerted Stomp to a new video that reveals how the victim had actually been jaywalking.

The 30-second clip shows her and a male companion jaywalking across the road as traffic started coming to a standstill.

However, they failed to notice an oncoming Bus 145, which hit the woman.

The vehicle narrowly missed the man, who can be seen looking shocked and then rushing to his companion.

Watch the shocking footage below.