Woman gets shouted at, pushed and kicked viciously by 2 females during heated dispute at Orchard Towers 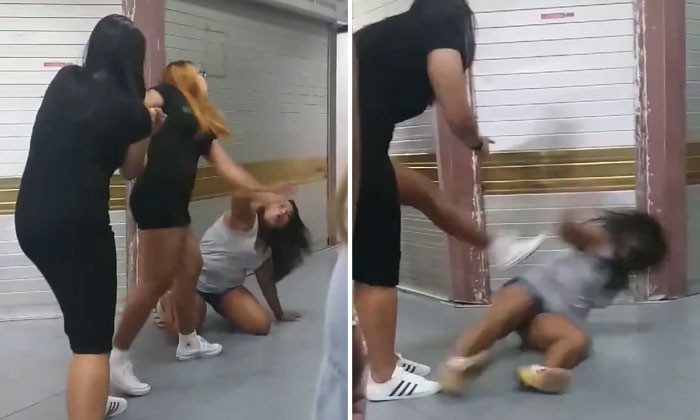 Stomper Ako alerted Stomp to a video posted on Facebook showing a woman getting verbally and physically assaulted by two other women.

According to the Stomper, the incident took place outside a disco at Orchard Towers on Saturday (Jan 29).

The beginning of the video shows a woman in a grey top lying on the floor as two other women dressed in black outfits were shouting at her.

One of the women then pushes her victim in the face and pulls her arm. The same woman then gave her a kick in her abdomen.

The latter was able to get up, and started pointing at one of the women who confronted her.

She was subsequently given a hard push and fell to the floor.

The victim can be heard screaming 'I never push you' several times while gesturing at her attackers as she sat up.

Towards the end of the video, she was given another hard kick in the chest by the woman who first attacked her.

The victim got back up into a kneeling position straightaway and continued shouting 'I never push you'.

It is unclear what led to the dispute and what happened thereafter.

The video has garnered more than 1,500 views since it was posted on Facebook on Jan 29.