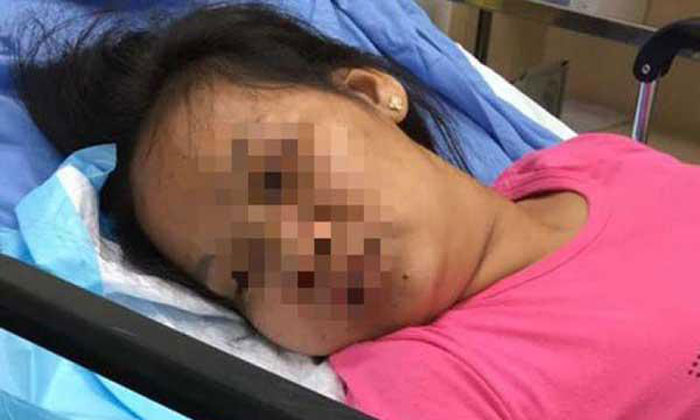 An escalator is believed to have malfunctioned at Ngee Ann City shopping centre along Orchard Road on Wednesday (Dec 14), causing a woman to fall and suffer fits.

Facebook user Joanne Teng wrote in a post that she was with her baby, her mother and her helper, on an escalator beside Talking Hall at basement one, going up to the first floor.

She was walking ahead when she heard her mother scream loudly that there was something wrong with the escalator.

The handrails had allegedly moved in the reverse direction, causing her to fall backwards onto her helper, who was standing behind.

Ms Teng's helper, whom Lianhe Wanbao reported was a 31-year-old woman from Myanmar, fell down and suffered a seizure for about 30 seconds. After being unconscious for a few minutes, she came to, only to stare blankly and was unresponsive to Ms Teng.

Ms Teng also wrote that a CT scan at the hospital revealed bone fractures on her helper's neck. There was uncertainty over whether her helper would require an operation, she added.

The Singapore Civil Defence Force said it was alerted to the incident requiring ambulance assistance at 391 Orchard Road at 4.40pm on Wednesday. It confirmed that one person suffered fits and was taken to Tan Tock Seng Hospital.

A staff member from Ngee Ann City's management, who declined to be identified, said that they were aware of the incident and have been in touch with Ms Teng.

"This morning when we came to work, we got a clearer picture of what actually happened. We then liaised with the complainant, calling Ms Joanne and speaking to her. We assured her we will follow up with her on this matter," he said.

He declined to reveal what was said between the two parties, except that Ms Teng and family were "happy" with it.

He said he was unable to release any further information, as there are no complete details yet. The matter is understood to be still under investigation.