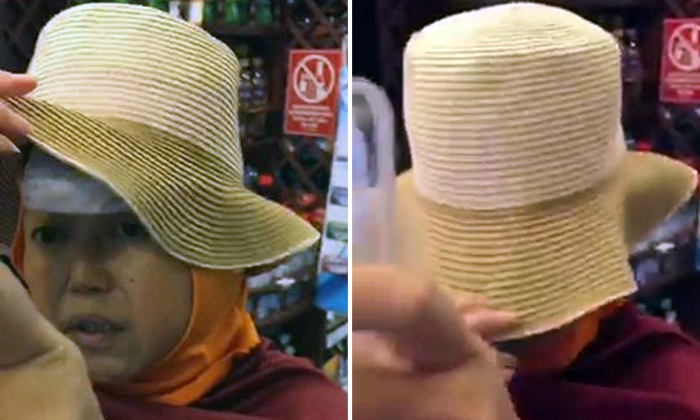 A mother was left shocked and upset after a customer at the 7-Eleven outlet at Killiney Road started yelling at her son, a special needs child, because he had gone behind the counter at the store.

The mother, Elaine, regularly goes that 7-Eleven outlet as her 11-year-old son, who suffers from Williams syndrome, has speech therapy lessons in that vicinity.

"Even the counter staff know my son, and they are very patient with him," said Elaine.

However, a woman started questioning her when she saw the child go behind the counter.

Thinking that it was an off-duty member of the staff, Elaine apologised and explained that her son is a special needs child.

However, the woman responded by calling Elaine an incompetent mother for being unable to control her son.

The mother tried to explain why it was difficult to control her son at all times, but the woman refused to accept her explanations and kept yelling at her.

Elaine then realised that the woman was not a staff member, and started to take a photo and video of her.

The woman responded by blocking her face with the hat she was wearing and a piece of cloth.

She can be heard saying, "You want to take photo, take ah."

The woman is also heard yelling at Elaine, "You are useless, why must you give birth to a special needs child."

Elaine then realised that her 11-year-old daughter, who was next door, had started crying after seeing what was happening to her mum and brother.

So she walked out to comfort her daughter, and the woman followed her outside to yell at her.

She then walked away, and coincidentally, police officers walked into the store.

Upon being told of what had happened, they went to look for her but were unable to find her in that vicinity.

She subsequently shared the photo and video of the incident on a WhatsApp chat-group for parents with kids who have Williams syndrome.

A friend of hers, Janet, also a parent of a child who has Williams Syndrome, shared the clip and image in a Facebook post about the incident.

In her post, Janet mentioned that the woman called the child a 'bastard', and also called Elaine 'useless'.

"It is  good that the government raises awareness for this, but there are some people who still don't know anything about the problems special needs kids and their parents face," said Elaine.

We found some information on Williams Syndrome from the williams-syndrome.org website.

Related Stories
From argument to bromance: Drivers yell at each other after AMK Ave 5 collision -- then hug and shake hands
Driver parks car at double yellow line area and gets into heated dispute with man who tries to snap a photo of his vehicle
Guy writes savage letter to neighbour who constantly yells at his girlfriend
Man kicks car and yells vulgarities at driver at Orchard Boulevard
Woman sits on road along Tampines St 72 , then blocks vehicles and yells at drivers
woman scolds special needs child
7-Eleven
rude
unruly