Woman behaves like spoilt brat, slamming NEA officer for fining her for smoking at Northpoint carpark 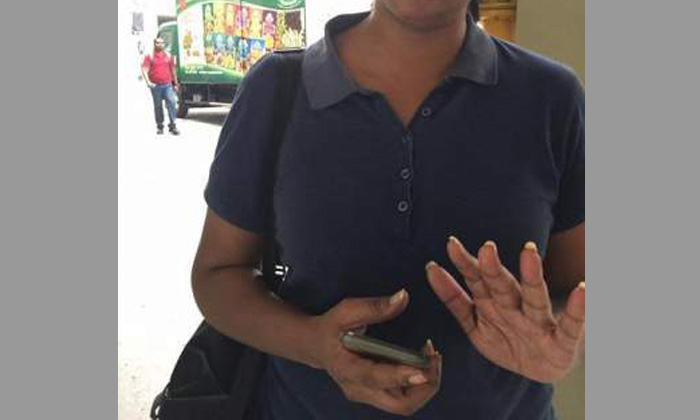 A woman went on a long rant after an National Environment Agency (NEA) officer told her not to smoke at the carpark at Northpoint Shopping Centre on a rainy day.

"Yesterday at Northpoint I about to went for lunch went for a smoke break. it's actually mild rain so I'm standing in the near to the car park box to smoke. In the end met this ridiculous offical. I'm alright if i get the fine at right timing! first of all ARE U BLIND IS MILD RAIN STANDING IN THE HOT SUN WITH MILD RAIN WILL MAKE SOMEONE GOES SICK! DON'T YOU HAVE A BRAIN!" (sic)

Instead of letting the officer enforce the rules, the smoker slammed her, calling her 'ridiculous' as it was drizzling -- hence insisting that she should be allowed to smoke there.

She continued on her rant (unedited):

"SO RIGHT NOW MY QUESTION IS GOVERNMENT OR NEA LACK OF MONEY CAUGHTING PEOPLE AT NOT RIGHT TIMING? I TELL YOU REACH TO RAIN I WILL STAND THERE YOU WANT YOU COME CAUGHT ME IF RAIN EACH TIME!

"THIS MONEY I WILL PAID BUT I WILL TREAT AS I DONATE TO YOUR COFFIN MONEY! LASTLY IF SOME FAMILY OF YOUR IS A SMOKER PLEASE MAKE SURE IF IS RAIN ALSO ENSURE THEM TO STAND UNDER RAIN TO SMOKE/STIKE BY LIGHTNING ALSO HAVE TO STAND THERE IF THEY WANT TO SMOKE! AM I RIGHT TO SAY SHE IS TRYING TO TELL ME SINGAPORE LACK OF MONEY ?

"With ur unprofessional and rude attitude you shouldn't be working in this company! am I right to say your boss is BLIND TO HIRE U! how can a rude officials working in this COMPANY."

Should the NEA officer bend the rules for the smoker just because it's raining? Or should the latter comply just like every else?