Woman, 73, who choked to death on ondeh ondeh a tragic misadventure, says coroner 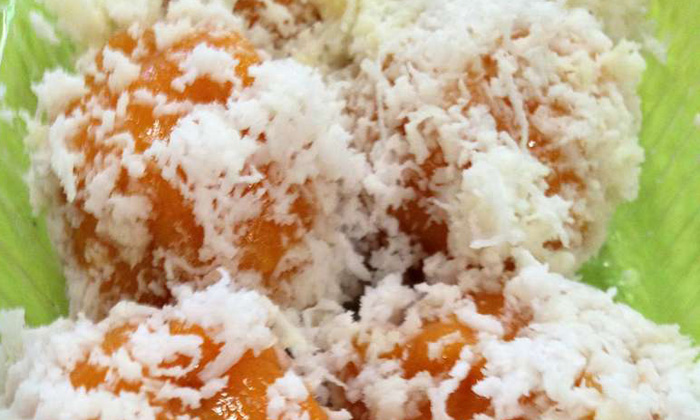 A 73-year-old resident in a nursing home died shortly in hospital after choking on a piece of ondeh-ondeh which had obstructed her airway, a coroner's court heard.

Finding Madam Letchimi N. Anisamy's death to be a "tragic misadventure'', State Coroner Marvin Bay said on Tuesday (Sept 6) that her demise reinforces the need to be especially vigilant when the elderly are consuming glutinous, lump-sized or malleable food items such as durian kueh, fish balls and ondeh-ondeh (a pandan-flavoured kueh filled with gula melaka) .

"Sensible precautions to consider would include cutting the ondeh-ondeh into smaller pieces, rather than be proffered a en-bloc serving of an entire ondeh-ondeh on a napkin as was the case here,'' he said.

He said a plated serving with utensils provided would have given the consumer a better visual cue that she could and should consume the ondeh-ondeh at her own pace and leisure.

It would also be prudent to provide water at hand, to lubricate the passage of the food item to the digestive tract, especially for individuals with impaired salivation ability, he added.

In this case, Madam Letchimi was sitting in a reclined position when she ate the ondeh-ondeh.

Not sitting upright, he said, may exacerbate the risk of the passage of a glutinous or lump-sized food item taking a wrong turn and becoming stuck in the airway, rather than proceeding down the digestive tract, and obstructing a person's ability to breathe.

If this happens, the food item might not be extricable in time to save the person from permanent brain injury or death.

The inquiry heard that the choking incident occurred at Ren Ci @ Bukit Batok Street 52 at about 11.30am on March 18.

An occupational therapy-aide had conducted an ondeh-ondeh making activity class and distributed some of the kueh to residents after seeking permission from the staff nurse.

After Madam Letchimi had placed the ondeh-ondeh into her mouth, she began to exhibit some discomfort. She waved to a nurse for help and the nurse immediately went to get some water.

Staff nurse Nithiak Kalyani Daruman, 30, started to tap Madam Letchimi on her back. She performed abdominal thrusts with two other nurses. Madam Letchimi coughed out some saliva with some green bits of food.

A suction machine was used while waiting for the ambulance to arrive.

Paramedics managed to remove a piece of ondeh-ondeh from Madam Letchimi, who was later pronounced dead at 4.19pm at Ng Teng Fong General Hospital.