Why are kids with tuition faring worse? 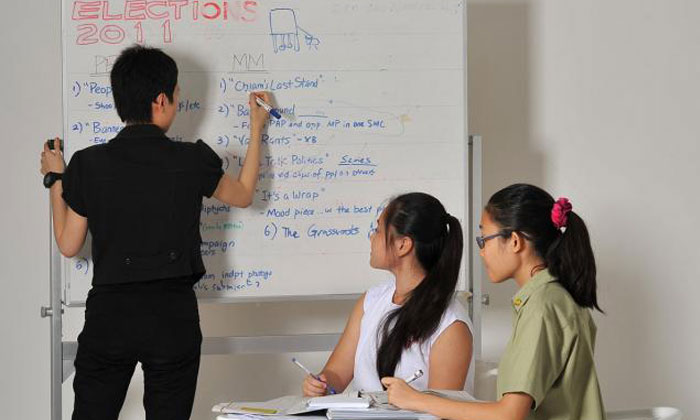 Back in the 1990s, when I was a secondary school student, only a few of my friends had access to private tuition.

Today, however, it is not uncommon for the majority of one's classmates to have this. Some may even have tuition in several subjects.

In 2011, 71.3 per cent of secondary school students received some form of tuition - defined as receiving out-of-school extra lessons, whether paid for or otherwise.

1. Why are tuition rates so high and increasing in Singapore?

2. Who are the children that attend tuition?

3. Do these children perform better than their peers who don't?

To answer the first point, tuition rates tend to be high in countries where high-stakes exams prevail because parents see a need to prepare their children adequately for these assessments.

Because performance in exams such as the Primary School Leaving Examination, O and A levels plays an important role in determining admissions to selective schools and universities, it is not surprising that parents in Singapore focus a lot of attention on programmes they perceive will ensure their children's academic success.

So the growing prevalence of tuition has largely been demand-driven, but part of the increase is likely also due to peer pressure.

When parents see others enrolling their children for tuition, they worry that their child might be at a disadvantage if they do not act likewise.

Consequently, some may enrol their children even when they are doing well academically.

To answer questions 2 and 3, I analysed data from the 2012 Programme for International Student Assessment (Pisa).

This is a large-scale international survey (see separate commentary on Page A30) involving 15-year-old students.

A comparison between children who received tuition and children who did not reveals that the former are more likely to be from affluent families.

For instance, those who received tuition were more likely to be from families who owned at least one car and are English-speaking.

This finding is consistent with the fact that richer families are able to afford more educational resources for their children.

A more pertinent question is whether children who choose to receive tuition actually perform better than their peers who choose not to.

Surprisingly, a simple comparison indicates that this is not the case.

In fact, children who received tuition actually scored about 0.256 standard deviations lower on their tests than those who did not (standard deviation is a measure of how spread out test scores are from the average).

Even after adjusting for differences in students' age, gender, home language, family structure, native-born status, material possessions, grade-level and schools, as well as parents' education levels and employment status, those who received tuition were found to perform 0.133 standard deviations worse.

The same findings emerge even when comparisons are made within-students (when test scores were compared across subjects for the same students, if they had tuition in one subject but no tuition in another).

Although these results pertain to mathematics achievement, similar results are found for science and English.

These findings are consistent with those found earlier by professors Euston Quah and Roland Cheo in a 2005 Singapore-based study.

SO WHY THE SURPRISE RESULT?

There several explanations for the negative association between tuition and performance.

The first is that students who receive tuition choose to receive it precisely because they are not doing well in school.

In other words, weak performance may be what is driving students to enrol for tuition.

An alternative explanation is that tuition is counterproductive.

How can this be?

Well, students might end up disliking the subject if they are forced to attend extra classes.

This might be especially true if they are subject to long hours of tuition every week.

Indeed, the benefits of an additional hour of tuition might fall, and even become negative at some point as the number of hours spent on it increases.

Another possibility is that the mere access to a tutor may alter the learning attitudes of students.

They might reason: "I don't have to pay much attention in school since I always have my tutor to depend on." Thus, there may be a tendency to slack off on regular classes, to their detriment.

While it is unclear which of the explanations is correct, the negative association is clearly large and highly statistically significant.

Do the results imply that all parents should now stop sending their children for tuition?

Not really. As mentioned, the results show only that a relationship between tuition and performance exists.

However, this relationship may not necessarily be causal (tuition may not cause weaker performance).

Secondly, even if the results were causal, they reflect only the average effect of tuition across all 15-year-olds.

The precise effect of tuition for any one child could still be positive, depending on factors specific to the child, such as the quality of his tutor and how the child responds to tuition.

In making decisions, parents should consider questions such as:

- Does the tutor have the relevant skills to guide my child well?

- Does the tutor possess a proven record?

- Will tuition help to clarify my child's misconceptions?

- Or will it simply cause him to become confused and lose interest in the subject? Answering these questions will help focus a parent's decision on the question of tuition.

Related Stories
Student offers free primary school tuition because he wants to "give back to the society"
What matters most in education? Maybe not tuition
Mum spends $2,000 per term on daughter's tuition
education
students
youths
school
tuition
teachers
youthphoria