Who should get Alamak Award for sexism? May the breast man win 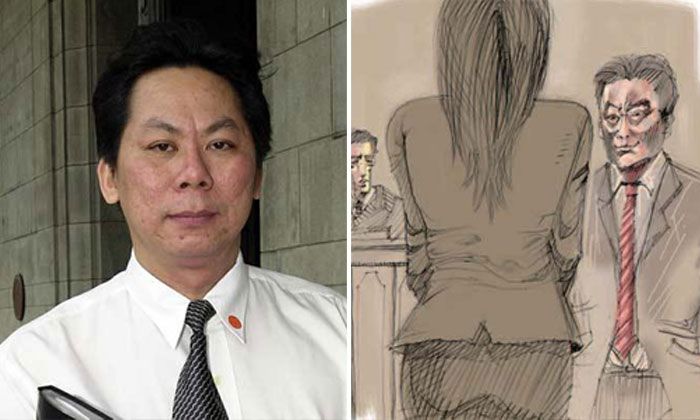 Last month, my favourite women's group after the new Ghostbusters - the Association of Women for Action and Research (Aware) - asked for nominations for its Alamak Award.

The award is "an annual search for the most annoying, you-have-got-to-be-kidding-me instances of sexism in Singapore".

The winner will be announced in October.

One of last year's nominees was an ad by "bust expert" Slim Fit promoting treatments at 50 cents each to celebrate SG50.

That was a steal, considering that currently, for its 51st National Day promotion, Slim Fit is offering a bust treatment at $8 and not, as one would expect, 51 cents.

Singaporeans may pledge ourselves to be one united people, but Slim Fit pledges to "give you beautiful breasts" on its website.

In the end, Slim Fit was beaten out for the Alamak Award last year by "all the anti-mother sexist attacks" during the General Election.

He said in Mandarin: "She has just given birth, so voters should let her go home and rest, and take care of her child. In general, mothers love their children, so they spend a lot of time with them.

"If voters choose her, she might focus more on her child than on her voters. This is her weakness."

Mr Cheo lost the election but congratulations to him on being a joint winner of the Alamak Award.

Who will win this year?

Even though the nominees have yet to be announced, I shall go out on a limb here and predict the winner.

No, it's not the people who commented on Ms Ho Ching's clothes during the official state visit to Washington, DC, last week.

Even as Mrs Hillary Clinton, the wife of a former US president makes a historic run for the White House, signifying major progress for women in America, the wife of our Prime Minister visiting the White House was still being judged by what she wore.

While Ms Ho was lauded for carrying a pouch designed by an artist with autism, she was also criticised for not matching it with her outfit.

Well, at least she wasn't carrying a Kate Spade bag with a monkey print.

But that's still not as jaw-droppingly sexist as the individual I believe should win the Alamak Award.

And the winner of this year's Alamak Award will be…

That's the lawyer who defended a man accused of brushing his forearm against a woman's breast on a train.

During the trial, Mr Wong asked the victim to stand up.

He then told the judge: "Your Honour, I want to see... how attractive when (she) stands up, you know."

What is this? Tinder?

The victim said: "Is this necessary? I feel very offended."

Mr Wong: "Well, I mean, I think it's important because I'm going to ask you even more insulting questions later on."

Thanks for the warning.

Mr Wong explained his defence to the court: "I want to show that if she is wearing a very low cut (top) with a very voluptuous breast protruding out (of a) half cut (top) then of course... the higher the tendency that people might commit such an offence.

So what Mr Wong was insinuating was that if women did not want to be molested, they should not wear low-cut tops and have big breasts.

Which is bad news for Slim Fit.

But good news for Aware because its search for the most annoying, you-have-got-to-be-kidding-me instance of sexism in Singapore is over.

It is almost as if he's trying to win the Alamak Award.

The judge later rebuked Mr Wong for staring "inappropriately at the victim's breasts" and called his conduct "completely unacceptable and deserves disapprobation".

His client was eventually found guilty of outrage of modesty and sentenced to five months' jail on Wednesday.

As for Mr Wong, he should probably start preparing his acceptance speech now.