Who say local football got no talent? Check out the top 5 most insane goals from this season 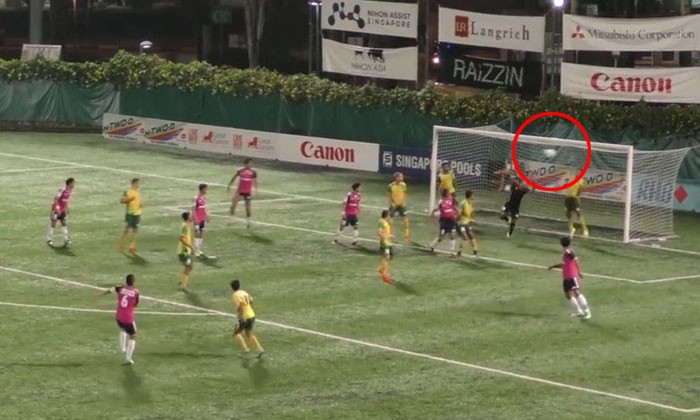 Picking up the ball on the right flank, Iqbal strides infield unmolested.

It is as though the Young Lions players are daring him to have a go at goal - so he does, letting rip from over 20 metres.

And what a strike it is, as the ball arrows towards to top corner of Fashah Iskandar's goal, giving the custodian no chance.

Right back Menda, having made a lung-bursting run up the flank, gets on the end of Atsushi Kawata's headed flick on.

Despite the tight angle, the defender decides to go for broke, lashing an effort from a part of the pitch that's closer to the corner flag than it is to the goal.

It results in a strike similar to Marco van Basten's wonder goal at Euro 1988 against the USSR. Don't believe us? Go ahead and look up both goals on YouTube.

When a half-cleared freekick bobbles towards hardworking central midfielder Inaba outside the box in an RHB Singapore Cup semi-final match against Balestier Khalsa, he has no other thought but to thump it back towards goal.

The ball swerves and dips just under the crossbar, and even the presence of 1.8m-tall Balestier man Fadhil Noh on the line proves useless, as the ball nestles in the net.

A goal so simple yet so refined.

Azwan Ali plays a wall pass with Ramazotti (far right), then knocks the ball back inside for the Brazilian a second time.

In one balletic motion, the 1.93m-tall target man cushions the ball on his left thigh and swings his right boot at it.

The ball flies into the top corner of Benjamin Bertrand's goal, even before the French goalkeeper can react.

The White Swans hitman plundered 20 goals this season, and this was the pick of the lot.

The sheer audacity of the effort has to be applauded. From almost 30 metres out, and faced with two Tampines players closing down the space in front of him, Kawata (near right) decides to have a pop at goal.

Even with very little backlift, it is as if Kawata casts a spell on the ball, which rises, then dips, then swerves at the last minute, leaving Stags goalkeeper Joey Sim rooted to the spot.