What's going on? Another case of a man doing his business in public 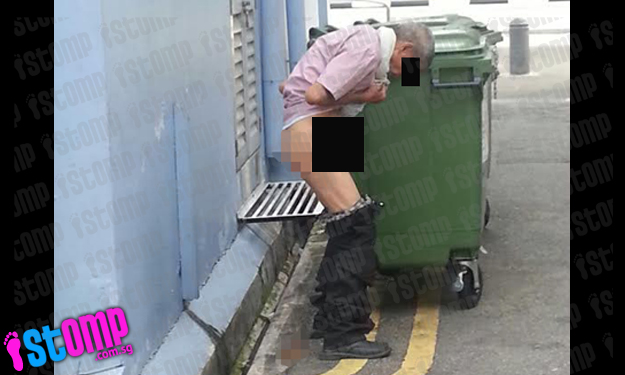 Stomper Nazin was disgusted to see a man doing both a number one and a number two in public yesterday morning, Aug 21.

According to the Stomper, he was spotted at about 8am behind Hotel 81 in Chinatown, and there were many passers-by in that area.

"Even though there were so many people walking around and looking at him, he continued to satisfy his urge [to defecate].

"Some looked disgusted, while some just looked and quickly walked away.

"I was shocked to see the sight of the man half nude doing his business while there were a few toilets nearby...

"I had to walk right past him, and even though he saw me he didn't care and continued doing it.

"He was really old, I don't know if he was drunk or what."

Just last week, a woman became a hot-talking point in Singapore when she was also caught relieving herself in public at Holland Village MRT Station.