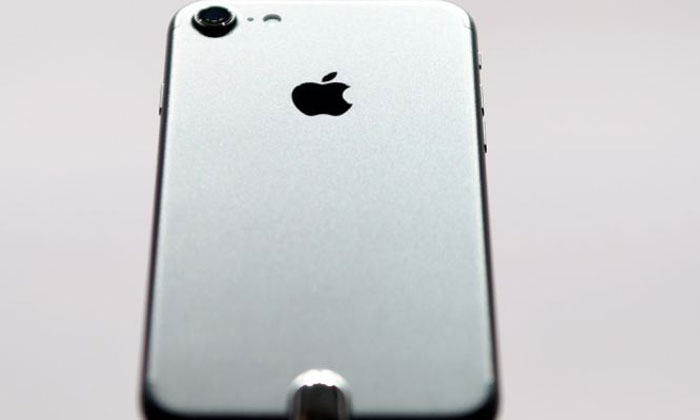 Viewers of the livestream of the Apple event were either pleasantly surprised, or furious at some of the new features introduced in the new iPhone 7.

4 THINGS YOU WILL LOVE

1 iPhone has a new black

The iPhone 7 will be sold in two new shades of black.

The "jet black" phone promises to be a highly glossy colour available only in the two largest storage sizes (128GB and 256GB).

The other black colour features the usual matte finish you're already familiar with since the iPhone 6 launch.

2 An even better camera

The iPhone 7 Plus will have two lenses on its back-facing camera.

The lenses have different specifications and promise to give users an even better zoom in photos.

Also, cameras on both the iPhone 7 and iPhone 7 Plus will feature optical image stabilisation, a feature previously available only on the iPhone 6s Plus.

Two hours of extra battery life means you can throw your powerbank aside when you're out catching Pokemon.

The iPhone 7 is resistant to water up to a depth of 1m, for up to 30 minutes.

So you can now take pictures of Joseph Schooling underwater. If you ever meet him, that is.

4 THINGS YOU WILL HATE

The hole that you use to plug in your headphones will not be there.

The iPhone 7 and iPhone 7 Plus will require you to use a provided adapter to connect headphones to its lightning port.

That also means you can't charge your phone and listen to music at the same time.

2 It looks the same

The new iPhone does not have a revolutionary new design.

You probably would not be able to tell the iPhone 7 and iPhone 6S apart if you just glanced.

Well, other than the missing headphone jack, of course.

Those eyeing the jet black iPhone won't be able to buy it with a plan from a telco. It is available only on the Apple.com website.

Apple also warns that the jet black's high-gloss finish makes it more prone to showing up scratches, and suggests using a case to protect it.

Which sort of defeats the purpose of buying it.

Apple will release Apple Pods, wireless earphones that you can connect via Bluetooth, with the iPhone 7.

But that means you will have to charge your earphones before you leave the house, too.

The pods themselves look like deformed Apple earphones and the round tip at the end looks somewhat uncomfortable for users.

Both phones will be available in several colours, with prices starting at $1,048. Pre-orders commence tomorrow in Singapore and official availability begins next Friday.

Some new features but not a new experience

While the iPhone 7 and iPhone 7 Plus boasts some new technology, it doesn't bring new experiences to the table.

What happened to design changes that would make the phone even easier to hold, grip or use? It looks almost the same.

At least the price tag on the phone isn't a big mark-up from the 6S.

Worse still, the removal of the 3.5mm headphone jack hasn't been taken well.

iPhone users are worried about the use of the adapter... or about looking like an idiot wearing the new Pods.

But this isn't the first time Apple has released something the public isn't very fond of.

In 2003, the release of iTunes frustrated music listeners who could not import mp3 files onto their phones.

Look how iTunes turned out. It's now the key way in which people track digital music sales.

So there's some precedent to show that users will eventually embrace Bluetooth earphones, even if they have to be dragged into it.

The most unpopular of the design changes - like the lack of a headphone jack - may not necessarily turn out to be a bad thing either.

No one really likes untangling wires anyway, and removing unnecessary outlets signals a serious shift to even sleeker designs.

This just makes us even more excited for next year, when Apple reveals anticipated surprises for the iPhone's 10th year anniversary.

Related Stories
Ever wondered what the small hole near your phone camera actually does?
Chinese businessman gives 39 classmates engraved iPhones at class reunion
Awesome! You can now charge your phones with these USB ports on buses
More About:
iphone
trivia